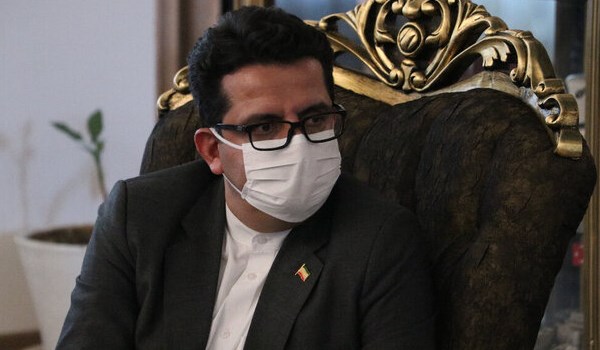 TEHRAN (FNA)- Iran's Ambassador to Baku Seyed Abbas Mousavi underlined that psychological and media warfare of governments, regimes, or special circles have no influence on the Islamic Republic's foreign policy.

"With independence and authority in #Tehran, we decide  on national interests and national security of Iran," Mousavi said.

"Psychological and media warfare of governments, regimes, or "special circles" has no bearing on what should or should not be done. #karabakh," he added.

The Islamic Republic of Iran has voiced its readiness to settle the dispute between Armenia and Azerbaijan over the Karabakh region.

"The Embassy of the Islamic Republic of Iran, expressing its condolences to the bereaved families and wishing a speedy recovery for the injured, reiterates that attacks on innocent cities and people violate all internationally recognized legal norms ... and that such actions must be stopped as soon as possible," the statement said.

TEHRAN (FNA)- A majority of American adults say they know someone who has been diagnosed with COVID-19, according to new data from the NBC News|SurveyMonkey Weekly Tracking Poll.
﻿
﻿
Sections