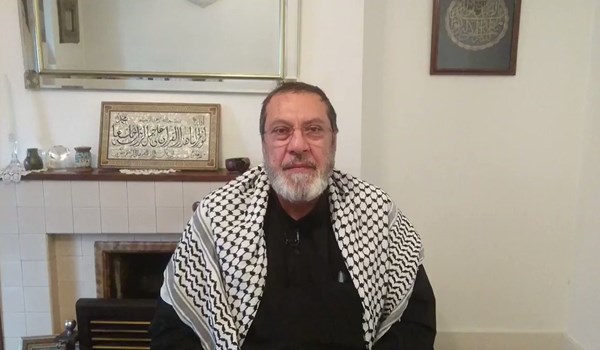 TEHRAN (FNA)- Massoud Shadjareh, human rights campaigner, says the Nigerian government forces and police cannot pursue their policy of sectarianism against Islamic Movement which has over 25 million followers and supporters.

In an exclusive interview with FNA, Massoud Shadjareh said, “The Nigerian authorities find it very difficult to understand that the IMN for five years day in, day out, five working days a week go out in the peaceful demonstration, even though they are being targeted by teargas or even live bullets… [2015 massacre and daily police brutality] these atrocities have failed to create a momentum of violence by the IMN on one side, and also fails to silence them.”

Massoud Shadjareh, author and human rights activist, is the founder and chairman of the Islamic Human Rights Commission. The IHRC is a London-based NGO working with different organizations from Muslim and non-Muslim backgrounds, to campaign for justice for all peoples. The organization, since 2007, has consultative status with the United Nations Department of Economic and Social Affairs.

Q: Another Ashura day, and another violence against Shia Muslims in Nigeria. Why do the Nigerian forces target Shias on Ashura day?

A: The reality is the Nigerian authorities are concentrating on specific sort of events to unleash further brutality against innocent civilians. They were very peacefully demonstrating and worshipping on the Ashura day, which was not an exception. Just a few days before the Ashura day, Nigerian forces attacked a school where worshippers were gathering to commemorate the Ashura and Muharram. As the result of that, some 16 people were injured and three became shahid. Following that, on the Ashura day, we had further attack on the procession and two immediately became shahid, and a third person a couple of days later died of the injuries. There are a lot of things around this. For example, a reporter (cameraman) who filmed the police of the Nigerian authority putting fire to their own car as a catalyst to start attacking the Islamic Movement of Nigeria, was deliberately targeted and assassinated two days later, on Ashura day. The reason we are seeing these events is to promote sectarianism and also to alienate the IMN and stop them from such activities and movements. The IMN has been continuing the peaceful demonstration, standing up for their right for the freedom of Sheikh Zakzaky, and other issues such as the war on Yemen; but they do the demonstrations very peacefully. The Nigerian authorities find it very difficult to understand that the IMN for five years day in, day out, five working days a week go out in the peaceful demonstration, even though they are being targeted by teargas or even live bullets.

Q: Why Nigerian Shia Muslims keep supporting the Islamic Movement despite the brutality they face?

A: The plot in 2015 was to finish up the IMN; this is not going to be easy for the fact that the Islamic movement are deeply rooted in Nigeria and more than 25-million supporters and members are there. They attacked both the center of the Islamic Movement and the home of Sheikh Zakzaky. Many people perished. The Nigerian government in its own investigation (which was boycotted by the IMN) came to the conclusion that over 400 people were killed and many of them buried in mass graves; but, there was not even an injury on the soldiers or police officers. The government’s investigation reads when asked what weapons the IMN used, the forces said there were 28 mobile phone sim cards and one homemade handgun. The reality is our investigation, highlighting the individuals’ names killed on that day, has come up with the figure of nearly 1000 people. Three sons of Sheikh Zakzaky were killed, and his older sister was burnt alive. These atrocities have failed to create a momentum of violence by the IMN on one side, and also fails to silence them. This is because every working day they go out, and demonstrate. They are standing up, and they are being countered. They are being shot at, and they are being teargassed; but they do not stay silent.

Q: Does the rule of law allow such atrocities to take place against any Nigerian individuals, in this case supporters and members of the Islamic Movement?

A: Nigeria is a country in which the rate of corruption is so high. Whenever a case of corruption is exposed, we see rooms full of dollars or euros people hiding in their homes! So the powerful can break the law so easily, as if the rule of law does not exist. Here, in the case of Sheikh Zakzaky, the atrocity happened in 2015. One year later, the highest court of the country ordered his release and announced Sheikh’s arrest was not constitutional. It also ordered compensation to be paid to him and his wife. It also ordered the security forces to organize accommodation for him and ensure his safety. Now it is five years down the road, and he is still in prison. It is so mind-boggling that how injustice is taking place there; not only for Sheikh Zakzaky or his wife, but also for the family of those martyred in 2015 massacre.

TEHRAN (FNA)- India has enacted a series of new laws – and amended some – allowing any of its nationals to buy land in the disputed Indian-administered Kashmir, a move that has been condemned by the residents.

Iran Denies Prisoners Swap with US

TEHRAN (FNA)- Iran’s Foreign Minister Mohammad Javad Zarif dismissed reports that the country would soon swap two jailed spies with a number of Iranian prisoners in the US.

TEHRAN (FNA)- The Metropolitan police force has been getting its use of stop and search wrong with multiple errors that have undermined its legitimacy, the police watchdog found.

TEHRAN (FNA)- The Iranian Amy in a statement called on all Muslims throughout the world to stand united for confronting anti-Islamism and arrogant criminals who are the enemies of pure Islam's Prophet Mohammad (PBUH).

TEHRAN (FNA)- Groups of people, including university students, gathered in front of the French embassy in Tehran on Wednesday to protest at President Emanuel Macron’s position in support of the blasphemous acts against the holy Prophet of Islam (PBUH).

Report: Rural Homelessness in England Rises by 115% in Past Two Years

TEHRAN (FNA)- Homelessness in rural areas in England has more than doubled in the last two years, according to analysis published as campaigners warn of planning reforms likely to worsen the situation.

TEHRAN (FNA)- Boeing, which is already shedding 16,000 jobs, said Wednesday it will cut thousands more through the end of next year as it prepares for a long slump in air travel and aircraft demand because of the coronavirus pandemic.

Ex-IRGC Commander: US Left with No Option But to Retreat from Region

TEHRAN (FNA)- Former Commander of the Islamic Revolution Guards Corps (IRGC) Mohsen Rezayee said that withdrawal from the region is the inescapable fate of the American forces.

TEHRAN (FNA)- Germany reported 14,964 new coronavirus cases on Wednesday, the highest daily total recorded for the entire pandemic period, up from 11,409 on Tuesday, according to health authorities.

TEHRAN (FNA)- President Donald Trump gained ground on Joe Biden in Pennsylvania and extended his lead in Ohio — two critical battleground states that could be pivotal in deciding the outcome of November's election.
﻿
﻿
Sections