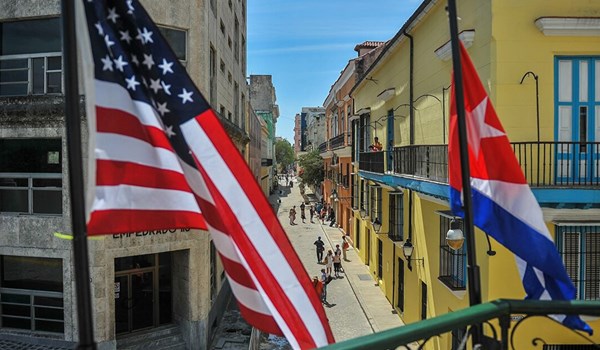 "Banning travellers from staying at hotels and Cuban rum & cigars imports into the US restrict US citizens' rights & affect families in both countries. Cuba's enemies are wrong to believe  these electoral & opportunistic actions by Pres Trump will break the will of Cubans," Rodriguez Parrilla wrote on Twitter, Sputnik reported.

Following the victory of the Cuban revolutionaries over the US-backed regime, Washington severed diplomatic ties with Cuba and imposed a trade embargo on the country in the 1960s. Washington and Havana expressed their intention to start working on normalizing bilateral relations only in 2014. As a result, many restrictions on exchanges between the two countries were eased under then-US President Barack Obama.

On Wednesday, US President Donald Trump announced a new set of sanctions against Cuba. In particular, any person subject to US jurisdiction will be prohibited from lodging, paying for lodging or making any reservation for or on behalf of a third party to lodge at any property that the US authorities have identified as owned or controlled by the Cuban government, a prohibited Cuban official, among others. In addition, Cuban alcohol and tobacco products are banned under the new directive from being imported into the United States.

However, Trump toughened the policy once he took office in 2016, restricting travel, boosting the economic embargo and imposing sanctions on Raul Castro, Cuba's Communist Party leader, over alleged human rights violations and for supporting the Venezuelan leadership.