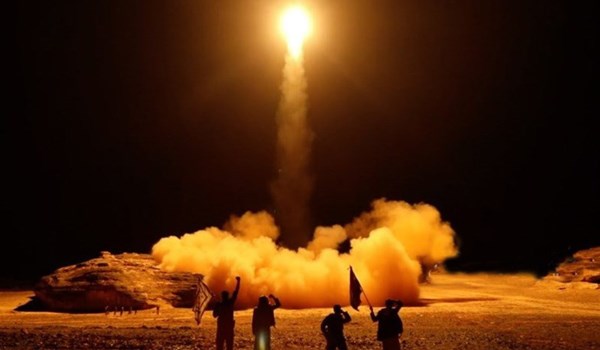 The Wednesday night's missile attack struck a military base located in Yemen's Saada governorate on the border with Dhahran in Southern Saudi Arabia, presstv reported.

It has reportedly targeted a concentration of Saudi-backed forces loyal to the fugitive Yemeni president Riyadh is trying to get back into power through its five-year war on Yemen.

A report by Al-Jazeera says 10 were killed and several others wounded in the Yemeni attack.

The Yemeni Army and popular committees have not yet comment on the missile attack.

Earlier this month, Yemeni armed forces launched missile and drones strikes against a strategic target in the Saudi capital, Riyadh, as they step up their campaign of retaliation against the aggressor kingdom.

Spokesman for the Yemeni Armed Forces Brigadier General Yahya Saree stated that a domestically-developed Zolfaqar ballistic missile and four Samad-3 drones were used to hit the “important target” in Riyadh in early September.

He added that Yemeni forces will keep up their retaliatory raids against sensitive and strategic targets on Saudi soil as long as Riyadh and its allies fail to end their military campaign and siege against Yemen.

Saudi Arabia waged a devastating military aggression against its Southern neighbor in March 2015 in collaboration with a number of its allied states, and with arms support from certain Western countries.

The purported aim was to return to power the Riyadh-backed former regime of Abdrabbu Mansour Hadi and defeat the Houthi Ansarullah movement that took control of state matters after the resignation of the then president and his government.

The UN refers to the situation in Yemen as the world's worst humanitarian crisis, with more than half of hospitals and clinics destroyed or closed.