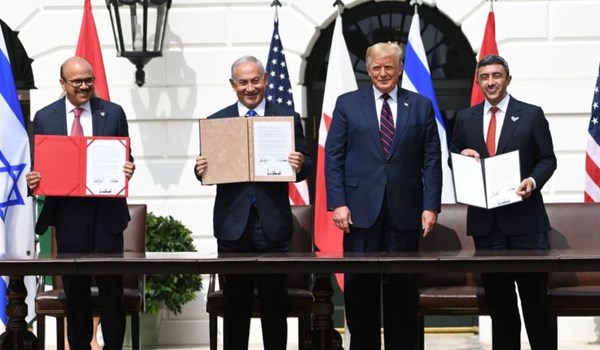 Speaking to CNBC on Tuesday, Prince Turki said Trump had not been honest on the issue of Palestinian statehood.

The prince added that his father, the late King Faisal, who ruled the kingdom in the 1960s and 1970s, would have been disappointed that the United Arab Emirates and Bahrain signed onto the recent accord without a solution for the Palestinians.

“His (King Faisal’s) decision to put oil sanctions on the United States after the Americans decided to give more aid to Israel during the Ramadan War [in 1973 was] for the reason to force the United States to be an honest broker between Israel [and] the Arab world,” Prince Turki told CNBC’s Hadley Gamble in an interview from Jiddah.

“And I must say that President Trump has not been such an honest broker. So yes, I think the late king would have been disappointed,” he stated.

A spokesperson for the White House wasn’t immediately available for comment when contacted by CNBC.

In 1973, King Faisal imposed an oil embargo on the US and other countries that aided Israel during what Israel calls the Yom Kippur War. The king also stressed the need for Israel to withdraw from Arab territories occupied after the 1967 war.

Saudi Arabia has long been committed to Palestinian statehood, but the narrative has shifted in recent years. In a 2018 interview with The Atlantic, Crown Prince Mohammad bin Salman stated that Israelis have a “right to have their own land”.

“The kingdom is still committed to the Arab peace initiative and the emergence of a Palestinian state with its capital in Jerusalem,” Prince Turki told CNBC.

Prince Turki is a cousin of the crown prince in the large royal family and has long been a critic of the US role in the Middle East.

The “Abraham Accords”, signed on August 13 by the UAE and Israel, marked the normalization of diplomatic relations between the two countries. Bahrain signed onto the deal days later, making the UAE and Bahrain the third and fourth Arab countries to normalize relations and recognize Israel, after Jordan and Egypt.

Foreign ministers from the UAE and Bahrain were present at a signing ceremony last week in Washington, alongside Israeli Prime Minister Benjamin Netanyahu and Trump.