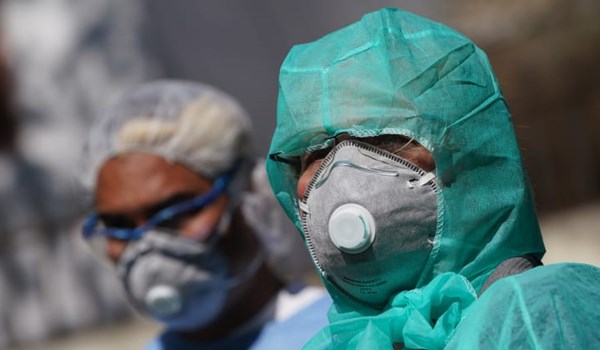 “Even though a lot has been done in the right way, my criticism is that we have focused too exclusively on the coronavirus and we have ignored all the collateral damage that has been going on and continues to go on,” Fresenius CEO Stephan Sturm told CNBC on Wednesday.

The damage was evident in the health sector, he said, “With all the cancer, heart attack and stroke cases not being treated the way they should be."

"But also in society, we’re seeing lost school years and many many children in precarious situations and suffering from what is going on with us focusing exclusively on COVID,” he added.

As the coronavirus crisis surged in Europe, companies like Fresenius, which has a hospital-operating unit Helios, were forced to delay and cancel elective surgeries. The German government offered fixed compensation to hospitals for procedures they have been forced to cancel.

Sturm stated compensation had helped. He also insisted his concerns surrounding the focus on the coronavirus was not due to commercial interests, but from being a “responsible citizen”.

“The German government has been good enough to make available a compensation package that makes us half-way home for the fixed-cost charge that is ongoing. But yes, the fixed-cost charge is hurting us, given that we were basically prohibited from treating elective-surgery patients. There, from the trough in March-April, we’re seeing a steady, gradual recovery,” he noted.

Germany has recorded 278,515 infections, according to data compiled by Johns Hopkins University. It’s current death toll of 9,421 is far lower than its European counterparts.

Nonetheless, data from the Robert Koch Institute shows that cases are rising, particularly in the cities of Munich and Hamburg. On Wednesday, a further 1,769 cases were reported after 1,821 new infections were registered Tuesday.

Despite the “better” data, Fresenius published a study on the pandemic’s impact on Germany in August in which it said the clinical course of the virus in the country was as bad as in other countries.

“This shows that the clinical course of COVID-19 patients in Germany is as poor as in countries hit harder by the pandemic such as Italy, France, the United Kingdom and Belgium,” the study added.

“A) We had a good hospital infrastructure to start with and B) we were relatively late [to see cases] and we could take some good lessons from other countries. and C) I think social distancing is a good part of the German culture and therefore we had much better prerequisites to deal with this,” he stated.