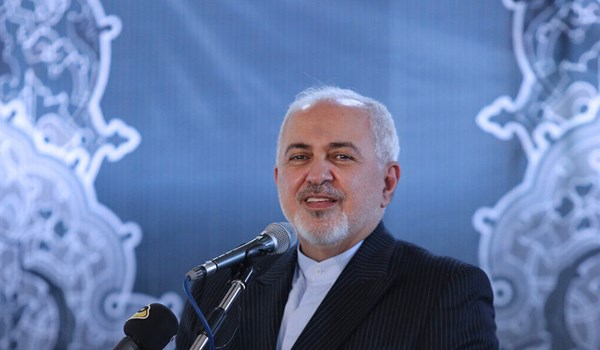 "Say not all are fighting, what use is my lone call for peace? You're not one, but thousands; light your beacon (Rumi-1207-1273)," Zarif wrote the translation of a poem from the great Iranian poet on his Twitter account.

Each year the International Day of Peace, sometimes officially known as World Peace Day, is observed around the world on September 21. The UN General Assembly has declared this as a day devoted to strengthening the ideals of peace, through observing 24 hours of non-violence and cease-fire.

The International Day of Peace was established in 1981 by the United Nations General Assembly. Two decades later, in 2001, the General Assembly unanimously voted to designate the Day as a period of non-violence and ceasefire.