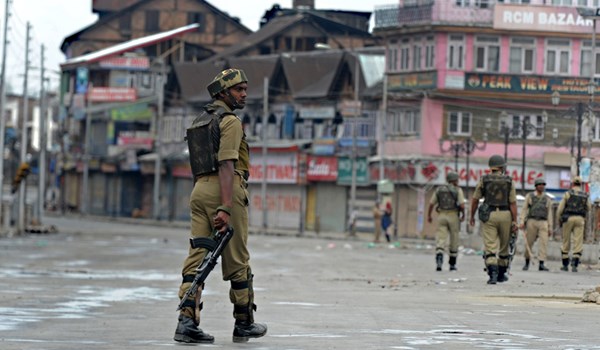 TEHRAN (FNA)- These are the second tier Kashmiri leaders mostly from Indian controlled Kashmir region. Their homeland has little access to the world outside since August last year when New Delhi forcibly annexed the disputed territory into its federation in defiance of numerous UN Security Council resolutions.

In their presser in Islamabad, they said that there is no letup to what they called atrocities being committed against Kashmiris and incidents of arbitrary detentions and rape of women by Indian security forces, presstv reported.

They added that India has been engaged in aggressively changing the demographic landscape of disputed Kashmir region precisely on the pattern of what Israel has been doing in the occupied Palestine for decades.

The Kashmiri leaders pointed out that New Delhi has been engaged in excessive use of force to detain, torture and at times kill protesting Kashmiris to prevent large scale uprising since August last year.

New Delhi dismisses the allegations as baseless, saying the its moves are part of larger security measures to restore stability to the region.

On the eve of international day of peace, the Kashmiris leaders warned the world to get ready to face the consequences of a nuclear war which they fear may erupt if Kashmir dispute is left unresolved. Pakistan, China and India are nuclear states in the region.