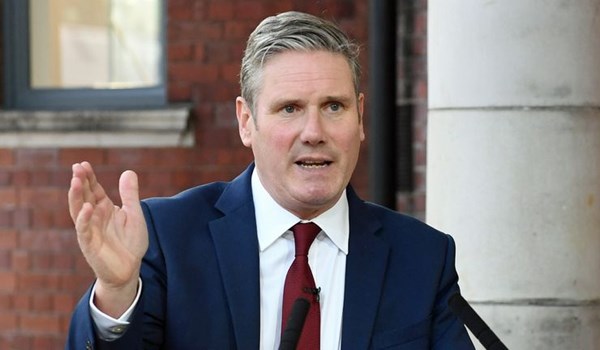 The drastic action could take an "immense toll on people's physical and mental health and on the economy", the Labour leader warned, Sky News reported.

Speaking ahead of Prime Minister Boris Johnson's statement unveilling new measures to curb the spread of COVID-19, Keir accused him of having "lost control" of the testing system.

The prime minister is "just not serious", he added in his first speech to Labour's party conference - being held virtually because of coronavirus.

"I appreciate that these are unprecedented times and that governing is difficult," he said, adding, "I've tried to be fair, to give the government the benefit of the doubt."

"But now, with one of the highest death rates in the world, and on the threshold of one of the deepest recessions anywhere, I'm afraid there is no doubt.

"This government's incompetence is holding Britain back," he said.

Keir put winning the next election and a clear distinction between him and Jeremy Corbyn at the heart of his speech - delivered in front of a red wall in Doncaster.

The location was significant as Labour lost one of the city's three MPs to the Conservatives' landslide at the last election - part of the crumbling of its "red wall" across swathes of Northern England.

"When you lose an election in a democracy, you deserve to," Keir said.

"You don't look at the electorate and ask them: 'What were you thinking?' You look at yourself and ask: 'What were we doing?'" he said.

Keir added past failed Labour leaders had "granted the Tories a decade of power" and told activists "it's time to get serious about winning".

And on Brexit Keir tried to distance himself from Tory attacks about his pro-EU stance as Corbyn's shadow Brexit secretary.

He insisted "the debate between Leave and Remain is over" and Labour will not "keep banging on about Europe", adding the prime minister will "fail Britain" if there is no trade deal clinched with Brussels.

"But nothing could be further from reality. Keir's leadership is just more of the same old Labour," they said, adding, "He's advanced Corbyn's far-left economic plans and continually shown he doesn't respect the views of ordinary people on crime, immigration and regaining our independence now we've left the EU."