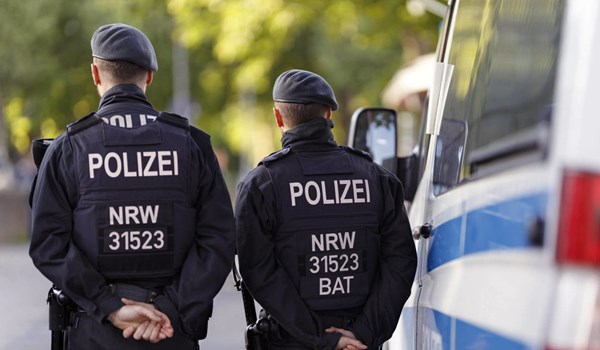 TEHRAN (FNA)- Days after dozens of officers were suspended for sharing Nazi-related content online, the German Interior Minister stubbornly refuses to investigate racism in the police ranks, stating that the entire society needs to be examined.

“A study that deals exclusively with the police and accusations of structural racism within the police will not be carried out by me,” Interior Minister Horst Seehofer told the Bild am Sonntag newspaper.

The interior minister added that singling out law enforcement agents won’t bring about positive change, arguing that “this requires a much broader approach to society as a whole, and that’s what we’re working on".

Pressure gain mounted on him this week, after 29 police officers were suspended in the state of North Rhine-Westphalia on suspicion of being members of extremist online chatrooms where they reportedly shared pictures of Adolf Hitler and fictitious images of refugees in a gas chamber. Fourteen of them stand accused of membership of an “anti-constitutional” organization and of distributing extremist content. Another 15 are likely to face disciplinary charges or be discharged from the force.

North Rhein-Westphalia is Germany’s most populous state and one of its wealthiest, and the revelations sent shockwaves across local political elites. Governments of some states, led by the center-left Social Democrats, vowed to carry out their own racism investigations if a nationwide inquiry was not initiated by Berlin.

Seehofer himself insisted the scandal in the region “hurts” the majority of German police officers who, he said, stand “without doubt for our free and democratic order”.

He also said that a report discussing racism in German public institutions would be released by the Federal Office for the Protection of the Constitution at the end of September.

However, it was not immediately clear whether the publication – which has long been anticipated – will make specific mention of the police force. Notably, back in July, the Interior Ministry halted separate research into alleged racial bias by police officers, fueling speculations that this silence could speak volumes.

Later that month, more than 60 officers in the state of Hesse faced an internal inquiry, after police computers were found to have been used for harvesting personal data on 27 people, including left-wing politicians, public figures, and media personalities, who later received death threats.