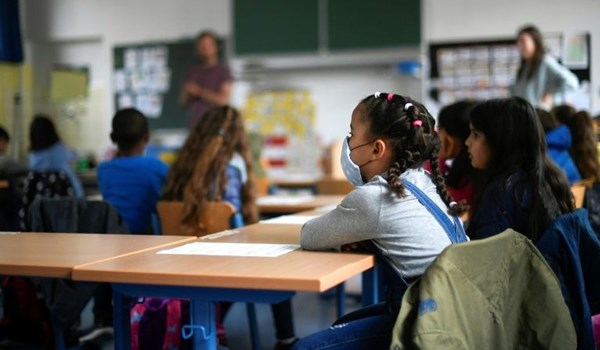 Congress created the program earlier this year to help make up for free and subsidized meals that children were missing while schools were either shut down or virtual due to coronavirus, Politico reported.

States were able to figure out who should get the payments in the spring and summer, when schools nationwide were fully closed for in-person learning. But now, as some schools re-open with a mix of virtual and in-person classes, the Agriculture Department says states must also tackle the complex job of figuring out how many days each student is not physically in school and distribute the aid to all who are spending all or part of their weeks learning virtually. That decision came the first week of September, too late for many state agencies to determine who’s eligible before the money runs out on September 30.

Anti-hunger advocates worry the loss of extra payments for food will further exacerbate childhood hunger rates, which are already at the highest levels the country has seen in decades. Families who received the first tranche of payments in the spring or summer spent it almost immediately, and Census data showed that child hunger rates dropped markedly in the week after the benefits started going out in each state.

“We are very frustrated,” said Robert Gordon, director of the Michigan Department of Health and Human Services, adding, “It’s unfortunate that our students will be the ones that suffer.”

A spokesperson for the USDA acknowledged that some states are “finding it difficult to meet the statutory requirements.”

“Unlike in the spring when schools across entire states were closed, there is currently a lot of variation,” the spokesperson said in an email to POLITICO, adding, “This makes this complicated benefit even more difficult to administer.”

The department is continuing to work with states on the issue, the spokesperson said.

The program, known as Pandemic-EBT or P-EBT, gives households about $5.70 per day for every school day missed. The money is distributed exactly like food stamps — on debit-like EBT cards. The aid can only be used to buy food.

Millions of households have so far received one-time payments of about $250 to $450 per child, depending on where they live.

The problem now, state officials say, is that the Agriculture Department has made it too cumbersome to apply for another round of benefits before funding runs out on September30.

Congressional leaders and the White House have failed to get anywhere close to a deal on another round of stimulus aid and Congress has yet to pass a spending bill to keep the government funded past the end of the fiscal year.

As the school year began for many districts in August and early September, USDA was slow in deciding whether states could re-start P-EBT benefits. Officials at USDA’s Food and Nutrition Service finally told states in late August that they could go ahead and plan for another set of payments.

At first, USDA suggested it was acceptable for states to issue benefits only to students in districts where all instruction was virtual because of the extremely short time frame to determine who qualified.

About a week later, however, officials at USDA changed their mind and said that this simpler option was not going to be allowed. That last-minute decision sent states scrambling.

The logistics of reaching all eligible kids — including those in schools doing a mix of in-person and online instruction — are so complicated that several states say they will be unable to get aid to any of qualifying schoolchildren this month.

Two weeks ahead of the deadline to get the last tranche of the money out, only nine states have been approved: Hawaii, Illinois, Maryland, Massachusetts, Montana, North Carolina, Ohio, Tennessee and Virginia.

USDA did not answer questions from POLITICO about how many other states have submitted plans to issue more Pandemic-EBT aid.

The Michigan Department of Health and Human Services had planned to issue $93 per student to the families of more than 100,000 kids across the state that they know qualify for free and reduced lunch and whose districts are conducting virtual classes.

But officials were informed of the change in policy on Friday September 4, the afternoon before the Labor Day weekend. The decision means that Michigan won’t be able to distribute aid at all in September, state officials said.

“It’s too late to comply with their new directive,” Gordon said, adding, “They opened the door and then they closed the door — and the result is leaving tens of thousands of kids in Michigan without food.”