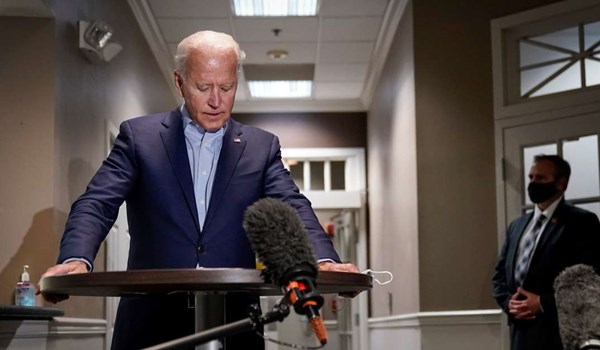 National polls have consistently shown Americans trusting the former vice president over the Republican incumbent to choose the next Supreme Court justice, an issue that stands to greatly reshape the entire 2020 presidential election in its final six weeks following the death of the 87-year-old judge, The Independnet reported.

Biden led Trump on the issue in Maine by 22 percent. In Arizona, 47 percent of voters said they trusted the former vice president over Trump to choose the next nominee. Biden also led the president by three percent in Arizona.

Meanwhile, as the nation fell into a state of mourning over the loss of one of the most consequential Supreme Court justices in history, Republican leaders were calling on the president to select a nominee so they could fill the seat ahead of the November election — defying Ginsburg’s reported dying wish.

In a statement dictated to her granddaughter just days before her death, NPR reported, Ginsburg said, “My most fervent wish is that I will not be replaced until a new president is installed."

The president also released a statement mourning the loss of Ginsburg, who he said was “renewed for her brilliant mind” and was “a fighter to the end”.

The issue of an open seat on the Supreme Court caused a surge in voter turnout within the Republican Party in 2016, according to polls from the time. With Ginsburg’s passing, it remains unclear whether the same will happen in 2020, or if Democrats and independents who trust Biden over Trump to select the nominee will be more inclined to cast a ballot.

The New York Times / Siena poll found that Biden led Trump by 18 percent on the issue of selecting the next Supreme Court nominee among voters who had not yet decided on which candidate to support and others who said they were not supporting a major-party candidate.