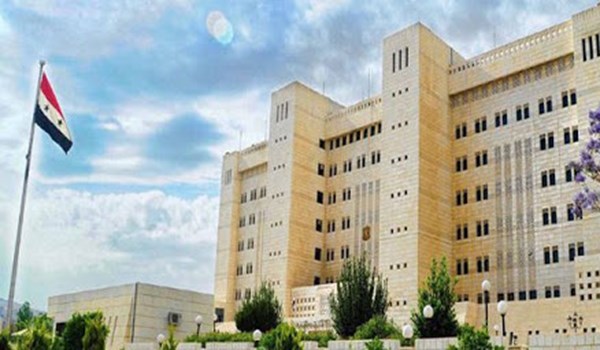 TEHRAN (FNA)- Syria censured the Netherlands for launching a bid through international bodies to hold the Damascus government responsible for alleged rights violations, saying Amsterdam is seeking to compensate for the failure of Western-backed terrorists in the Arab country.

In a letter addressed to the parliament on Friday, Dutch Foreign Minister Stef Blok announced that a case was being prepared against Syria at the UN’s highest court, seeking to hold the government of President Bashar al-Assad accountable for “gross human rights violations and torture in particular”, presstv reported.

In a diplomatic note handed to Syrian diplomats in Geneva, Amsterdam asked Damascus to enter negotiations on the alleged human rights abuses.

If the two countries cannot resolve the dispute, the Dutch government can propose arbitration and if that fails, it will pursue action through an international court, the most likely being the International Court of Justice (ICJ) in The Hague.

On Saturday, however, an official source at the Syrian Foreign Ministry said the Netherlands is abusing its position as the host of a number of the bodies concerned.

The Netherlands is doing so "in a flagrant violation of its obligations and commitments as the headquarters state of this international organization,” Syria’s official SANA news agency quoted the source as saying.

The Dutch government, which is “content to play the role of the low subordinate to the US, persists to use the International Court of Justice in The Hague to serve the agendas of its political American master and use it as a platform to exceed the UN and International law,” he added.

“The Netherlands is the last one who has the right to talk about the human rights and the protection of civilians after its big scandal, before the public opinion and the tax-payers, as it supports and finance armed organizations in Syria which are classified by the Netherlands public prosecution as terrorist organizations,” he said.

“The stance of the Netherlands is nothing but a maneuver to camouflage the scandals of that regime and a desperate attempt to get what it couldn’t through its support for terrorist organizations in Syria,” he added.

The Foreign Ministry source further stressed that Damascus reserves the right to bring to justice the governments and individuals involved in supporting terrorism in Syria, shedding the nation’s blood, destroying the country’s infrastructure and looting its resources.

The Syrian army has been fighting against a host of foreign-backed terrorist groups, which have been wreaking havoc on the country since 2011.

The Assad government has managed to win back control of almost all regions from the militants.