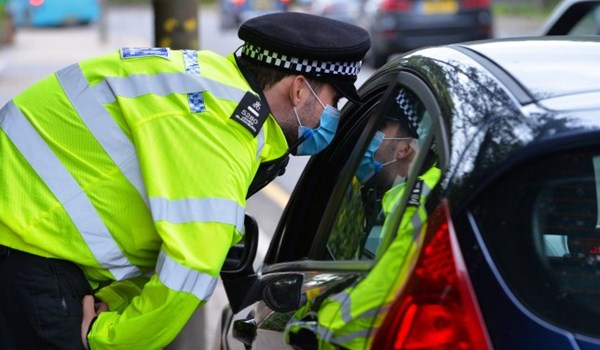 TEHRAN (FNA)- People in England who break new rules requiring them to self-isolate if they have been in contact with someone infected with COVID-19 will face a fine of up to 10,000 pounds ($17,700), Prime Minister Boris Johnson said.

The rules will apply from September 28 to anyone in England who tests positive for the virus or is notified by public health workers that they have been in contact with someone infectious, ABC News reported.

"People who choose to ignore the rules will face significant fines," Johnson said in a statement on Saturday (local time).

Some low-income workers who suffer a loss of earnings will receive a 500 pound ($886) support payment, on top of other benefits such as sick pay to which they may be entitled.

Current British Government guidance tells people to stay at home for at least 10 days after they start to suffer COVID-19 symptoms, and for other people in their household not to leave the house for 14 days.

Anyone who tests positive is also asked to provide details of people outside their household who they have been in close contact with, who may then also be told to self-isolate.

To date there has been little enforcement of self-isolation rules, except in some cases where people have returned from abroad.

However, Britain is now facing a rapid increase in cases, and the Government said police would be involved in checking compliance in areas with the highest infection rates.

However, the Sunday Times reported he was poised to reject calls from scientific advisors for an immediate two-week nationwide lockdown to slow the spread of the disease, and instead reconsider it when schools take a late-October break.

Following concerns about a second wave of the virus, the Government this week imposed a ban on all social gatherings of more than six people in a bid to tackle a steep rise in COVID-19 cases in the country.

Police in London clashed with protesters at a rally against the social gathering measures, even as London Mayor Sadiq Khan warned it was "increasingly likely" that the British capital would soon need to introduce tighter rules to curb a sharp rise in infections.

Scuffles broke out as police moved in to disperse the hundreds of demonstrators who gathered in London's Trafalgar Square.

Some protesters formed blockades to stop officers from making arrests and traffic was brought to a halt in the busy area.

The Resist and Act for Freedom rally saw dozens of people holding banners and placards, such as one reading "This is now Tyranny", and chanting "Freedom".

Police said there were "pockets of hostility and outbreaks of violence towards officers".

TEHRAN (FNA)- The World Health Organization (WHO) on Friday called on countries around the world to take "immediate action" to limit the spread of the coronavirus quickly.
﻿
﻿
Sections