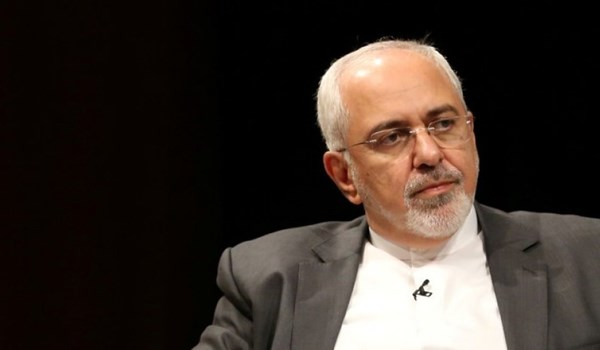 TEHRAN (FNA)- Iranian Foreign Minister Mohammad Javad Zarif said his country does not need to purchase weapons from Europe if they restrict arms sales to Tehran, stressing that Russia and China can be good trade partners.

Zarif made the remarks in an interview on Saturday in reaction to a possible move by Britain, France and Germany to limit the arms sale to Iran after the October expiration of the UN arms embargo against Iran.

“We haven’t been a customer of European weapons, and they haven’t sold us weapons after the 1979 Revolution. … They even stirred a campaign during the 1980s imposed war [between Iran and Iraq] to block arms delivery to Iran,” he said.

“We won’t force them to sell us weapons now, as we don’t need their weapons,” Zarif noted.

He stressed that one-fourth of the arms purchases end up in the Persian Gulf region, while Iran is not part of this trade.

“Yet, Iran can meet its strategic needs through the countries it interacts with, like Russia and China; though it is self-sufficient in many cases, and is an exporter itself,” Zarif said.

“Iran has become self-sufficient in many aspects, but in cases of need, other countries will have the right to trade with Iran once the UN embargo is lifted,” Iran’s top diplomat added.

Zarif further pointed to the recent statement by the European troika in which they claimed they have “gone beyond their own commitments” towards Iran by launching the Instrument in Support of Trade Exchanges (INSTEX), a European mechanism which was supposed to facilitate trade with Iran amid the US sanctions.

“They are joking. The three self-proclaimed world powers failed to stand up to the US bullying. They failed, even though they may not have made so much efforts,” he said.

“Europeans had 11 commitments to fulfill, and the INSTEX was not even one of them, but a prerequisite. They failed to fulfill them and said Americans didn’t let them. If we accept their own words, they admitted Americans have prevented them,” Zarif noted.

“This is below Europe’s dignity. The economy of the European Union is bigger than America’s. Then why did you fail to resist the US’ bullying, which is now affecting you?”

In relevant remarks in early September, Iranian Deputy Foreign Minister Seyed Abbas Araqchi said that EU commercial dealings through the Instrument in Support of Trade Exchange (INSTEX) is not satisfactory for his country, adding that Tehran does not count on the system.

“It is now two years that the idea (of INSTEX) has started and it now exists and the first financial exchange has been made and a number of other financial exchanges are on agenda but the reality is that its effectiveness has proved to be much lower than our expectations,” Araqchi told reporters after participation in the Joint Comprehensive Plan of Action (JCPOA) Joint Commission meeting in Vienna on late on Tuesday September 1.

He, meantime, underlined that Iran does not count on the INSTEX and does not trust and rely on the Europeans and INSTEX, adding that the country’s trade and commercial sector is making its activities via its own methods.

“If we can help the country’s trade through INSTEX, we will do it but we do not trust and rely on this system,” Araqchi said.