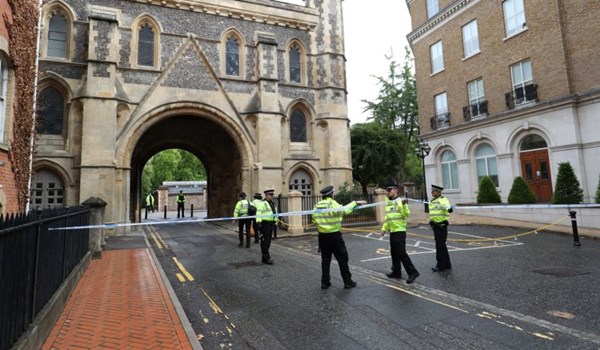 TEHRAN (FNA)- A record number of terrorists are being held in British prisons, new figures show amid warnings over radicalisation inside “chaotic” jails.

Statistics released by the Home Office on Thursday indicate there were 243 people in custody for terror-related offences, up 24 on the previous year, The Independent reported.

It comes as the government pushes for a raft of changes aiming to jail terror offenders for longer and make serious criminals serve more of their sentences in prison.

Four alleged terror attacks have been launched by serving or released prisoners in the past year, in Fishmongers’ Hall, HMP Whitemoor, Streatham and Reading.

A prison officer working in the high-security estate told The Independent the current situation was a “nightmare”.

“I don’t see any end to the attacks whatsoever, those ones that come in with an extremist view leave with a stronger one,” he added.

“You’re releasing people onto the streets and you dread to think what’s going to happen," he said, adding, “No matter what ministers say everything is not great in UK prisons, it’s appalling.”

The man, who spoke on condition of anonymity, said there was “no control” over radicalised inmates and raised concern over longer jail terms.

“They cannot cope with the extremist population they have at the minute so how do they think they’ll cope with adding to that with more extremists on longer jail terms?” he asked.

The officer said radicalised inmates had attacked and threatened staff and that newly-recruited prison officers were seen as “easy prey”.

“I’ve seen people do one shift and leave,” he said,  adding, “Most of the prisons are being run on chaos, a lot of things pass that shouldn’t pass because they haven’t got the time to deal with incidents.”

The Ministry of Justice said it has improved monitoring and intelligence-sharing inside prisons and trained officers on how to spot the signs of extremism.

But the officer said the training was “awful” and that staff were “run ragged” and powerless to monitor conversations in other languages.

Recent research warned that some extremists see their time in prison “as an opportunity” to become more extreme and prepare for attacks.

A separate report published by the Independent Reviewer of Terrorism Legislation said terror offenders were not being prosecuted for further crimes committed in prison, including making weapons and glorifying terrorism.

Jonathan Hall QC  told The Independent, “People can move from being ordinary prisoners to terrorist prisoners at any stage in their journey."

“I saw examples of people equally dangerous [as terrorists] who are not convicted of terror offences,” he said.

Research released by the International Centre for the Study of Radicalisation (ICSR) found that at least five terror attacks have been plotted or carried out by serving and released prisoners in Britain since 2016.

They include the stabbings at Fishmongers’ Hall and Streatham, as well as a plot by a cell who met inside prison.

The report, which covered 10 European countries including the UK, warned “there is an emerging view among extremists that prison is an opportunity, not necessarily just to recruit or network, but to also work on themselves.”

Around three quarters of terrorist prisoners in Britain are categorised as Islamist extremists, 19 percent as far right and 6 percent other.

The vast majority have been convicted but 11 percent are being held on remand as court hearings are delayed by the coronavirus pandemic.

In the year to June, 54 terrorist prisoners were released, including two people serving life sentences.

Of those freed, 16 had been sentenced to less than four years’ imprisonment.

Sudesh Amman, who was released days before being shot dead after launching the Streatham terror attack in February, was among the cohort.

A further 26 freed prisoners had been given sentences of four years or more.

Shortly after the Streatham attack, the government enacted new laws to end the automatic early release of terror offenders and ensure they are risk-assessed by the Parole Board.

The Counter-Terrorism and Sentencing Bill, which is currently being considered by parliament, would increase the maximum penalties for several terror offences and force terrorists given extended determinate sentences to serve the entire term in prison.

Several MPs called for improved deradicalisation efforts in prisons and raised concern about the potential impact of the proposals.

During a debate in July, David Lammy, the shadow justice secretary, said, “It is simply not good enough to lock terrorists away for longer, put them out of our minds and hope for the best. As we’ve seen from the devastating attacks at Streatham and Fishmongers’ Hall, this approach does not work.”

The government’s new sentencing white paper contains powers to halt the automatic release of offenders who have become a terror threat while in prison.

A Ministry of Justice impact assessment said the change could “increase the risk that other prisoners could become radicalised or more dangerous due to the greater time in custody for the affected individual, affording more time for further proselytising in the prison population”.