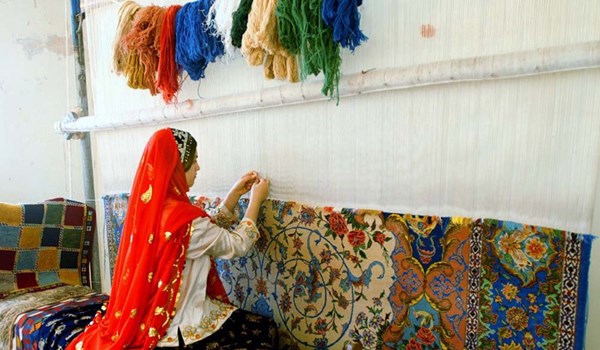 “In 2019, the entire value of exported handwoven carpets in the world topped $800 million, $73 million of which was Iran’s share,” Rafe said on Friday.

Pointing to the plans to complete the production chain of handwoven carpets in Iran, she said Golestan province, Northern Iran, is to pilot the plan.

Rafe added that the wool produced in certain regions, like Zabol, Eastern Iran, has the same quality as Australia’s merino breed.

She noted that more than 1,200,000 people are directly and indirectly engaged in the production of handwoven carpets, which is programmed to double, adding that over 191,500 of this number are professionals in the field.

In relevant remarks, Iran’s Customs Administration (IRICA) announced in late August that exports of different types of rugs, including hand-woven Persian carpets, made over $82 million in hard currency revenues for the country in the first four months of the current calendar year ending July 21.