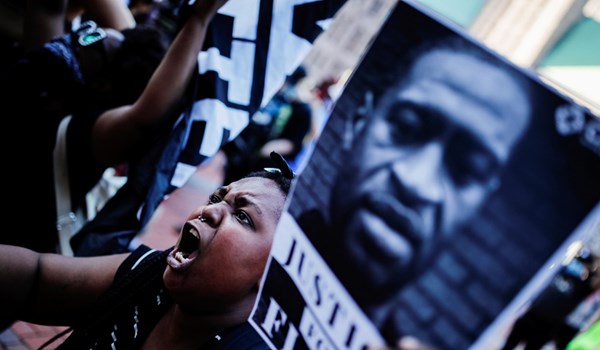 TEHRAN (FNA)- Vice presidential nominee Sen. Kamala Harris (D-Calif.) implored fellow African Americans to "do the right thing" and vote for her and presidential nominee Joe Biden this November, saying President Donald Trump has done more to hurt Blacks than any other group of citizens in the country.

"The Black community understands just how critical this election is — because we are living the consequences of the last election every day. When it comes to nearly every issue that affects our lives, we have been disproportionately harmed by President Donald Trump and the failures of his administration," Harris wrote in an op-ed published Friday in the Philadelphia Tribune, one of the oldest continuously published Black newspapers in the country.

Harris cited statistics proving minorities have been more harshly effected by the coronavirus, contracting the disease at a higher rate and dying more than other ethnic groups. Other studies have shown that Black-owned businesses and African American households have been more adversely effected by lockdown measures than any other group.

"And as Joe always reminds us, returning to the status quo isn’t good enough — we need to build back better," she wrote.

"A Biden-Harris administration will create more jobs by investing in the industries that make our economy strong, including infrastructure, clean energy, manufacturing and care work — and we will embed racial justice into the core of our agenda," she said.

The senator from California invoked the death of George Floyd and the subsequent demands for social justice displayed in city streets across America as a direct result of Trump's rhetoric on race and what he calls a "law and order" approach to governance.

"For centuries, our ancestors fought for causes bigger than themselves — first for their freedom, and then for the right of all people to participate in our democracy," Harris said, adding, "They understood that we all have an equal stake in our future — and we must have an equal say in determining its course. They understood that, in the words of our hero John Lewis, “Democracy is not a state; it is an act.”

Trump has repeatedly announced that he has done more for African Americans than any president in American history, citing passage of the First STEP Criminal Justice Reform Bill and an increase in federal funding to historically Black colleges.

"To bring prosperity to our forgotten inner cities, we worked hard to pass historic criminal justice reform, prison reform, opportunity zones, the long-term funding of historically black colleges and universities, and, before the China virus came in, produced the best unemployment numbers for African-Americans, Hispanic-Americans, and Asian-Americans ever recorded," Trump said last month at the Republican National Convention.

Harris and Biden have accused Trump and his allies of trying to suppress the vote in minority communities by casting doubt on vote-by-mail systems and misleading minority voters about the history of the Democratic party.

"Now, it’s up to us to act. To participate. To protect the democracy for which they sacrificed. So, let’s do right by them. Let’s do right by each other," she said, adding, "Let's vote."