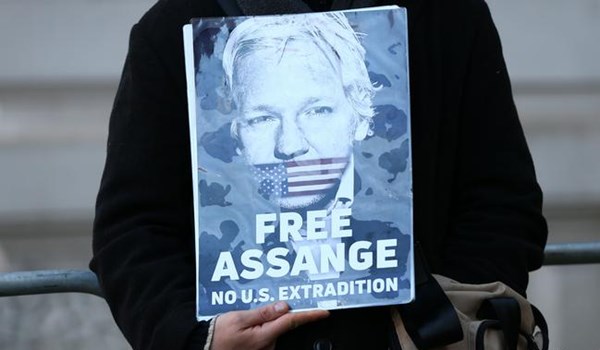 TEHRAN (FNA)- A lawyer for Julian Assange said representatives for President Donald Trump offered the Wikileaks founder a pardon if he disclosed the source of a hack of Democratic email servers during the 2016 election.

That is what Assange lawyer Jennifer Robinson told a London court on Friday, saying she witnessed a meeting in which former Republican Congressman Dana Rohrabacher and Charles Johnson, then Trump campaign associate, suggested the two sides trade the name of the hacking source for a possible pardon, The Independent reported.

"The proposal put forward by Congressman Rohrabacher was that Mr. Assange identify the source for the 2016 election publications in return for some form of pardon," Robinson told the UK court in a witness statement.

Assange is resisting extradition to the United States for allegedly releasing classified documents in 2010 and 2011.

The US president has in the past said he never floated a pardon for the Wikileaks founder.

Another Assange lawyer earlier this year said a pardon was floated if the Wikileaks founder denied any Russian involvement in a 2017 dump by the organisation of Democratic documents.

At that time, Trump denied the accusation.

"The president barely knows Dana Rohrabacher other than he's an ex-congressman. He's never spoken to him on this subject or almost any subject," a White House spokesman said then.

"It is a complete fabrication and a total lie," the spokesman said, added, "This is probably another never ending hoax and total lie from the DNC."