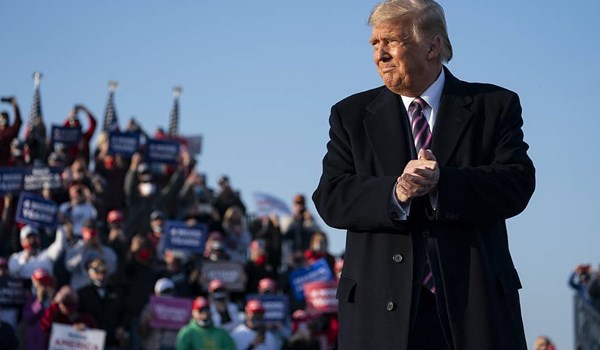 TEHRAN (FNA)- US President Donald Trump claimed on Friday that Russia created its hypersonic missile after receiving information about such technologies from the administration of his predecessor Barack Obama.

"They [Russia] have the missile, the super-duper-hypersonic missile <…> It goes five times faster than a normal missile," he told the crowd in Bemidji, Minnesota, TASS reported.

Speaking at a ceremony in the White House in mid-May, Trump noted the United States was working on a "super-duper missile" capable of flying 17 times faster than any other missile existing at the moment. He gave no further details.

Lately, senior US officials admitted that the country was trying to catch up with Russia and China in the hypersonic weapon domain. Defense Secretary Mark Esper stated in December 2019, that his country was "planning catchup" and "investing every dollar it can" in order to gain an advance in hypersonic weapons.

Russian President Vladimir Putin said earlier that now that Moscow had hypersonic weapons there was no point for other countries to spend so much money to deter Russia. He noted that for the first time history Russia had outstripped other countries in terms of developing advanced weapons.