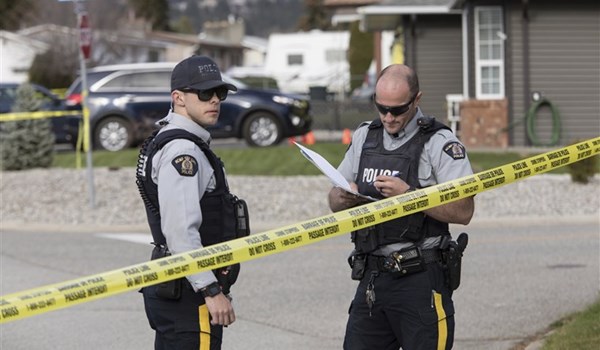 In a statement on Friday, the National Council of Canadian Muslims (NCCM) thanked Toronto police for making an arrest in relation to the killing of 58-year-old Mohamed-Aslim Zafis, Al-Jazeera reported.

Zafis was fatally stabbed on September 12 outside the International Muslim Organization of Toronto mosque in Etobicoke, Ontario, just West of Toronto, where he volunteered as a caretaker to ensure that congregants followed COVID-19 safety protocols.

"Given the fact that our brother ... was brutally murdered in the parking lot of the mosque and given other incidents that have happened in and around Toronto, we are calling for the Toronto Police Service to investigate this as a potentially hate-motivated murder," NCCM's CEO, Mustafa Farooq, told Al-Jazeera in a phone interview.

Toronto police said in a statement earlier on Friday that they had arrested a 34-year-old man, Guilherme "William" Von Neutegem, and charged him with first-degree murder.

The suspect allegedly approached Zafis while he was sitting in a chair outside the front doors of the mosque and stabbed him once, according to the police statement. Zafis was pronounced dead at the scene, police said.

But a Toronto police spokesman said during a news conference Friday that the investigation into what happened is continuing and "there does not appear to be any motive", local news channel CP24 reported.

The killing comes after Muslim community members in Toronto, the country's largest city, raised concerns that local mosques were repeatedly attacked during the past few months.

In August, representatives of the downtown Masjid Toronto said the mosque's windows were broken three times in a three-week span.

Muslim community leaders had called then for the incidents to be investigated as motivated by hate.

According to Farooq at NCCM, Zafis's killing has not only shaken members of the local Muslim community, but it has affected the entire neighbourhood and people across Canada.

"This has just been a devastating moment," he said, adding, "This is a safe place, a place of love and light, and this attack has really been ... an attack on all of our innocence."

NCCM said it planned to hold a vigil for Zafis on Saturday evening outside the mosque where he was killed and reiterate its demand for police to probe the incident as hate-motivated.

A funeral for Zafis was held earlier this week and drew hundreds of mourners.