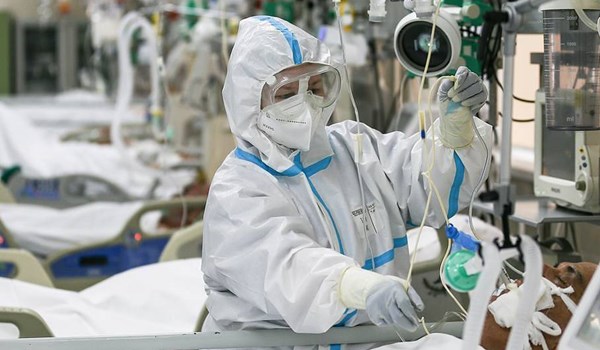 As of Saturday, the global death toll from the disease reached 951,800, with a total of 30.5 million cases worldwide, according to the JHU.

The United States remains the worst-hit nation with 6.72 million cases and 198,500 victims, accounting for more than 20 percent of the world's death toll.

Brazil recorded 4.49 million cases and 135,800 deaths, just shy of the US fatalities. India reported the world's third most deaths of 85,600 and the second highest caseload of 5.3 million infections.

Rising COVID-19 case numbers in Europe’s largest nations are creating renewed fears over a possible second wave of infections on the continent. Countries like Spain, France, Germany and the United Kingdom witnessed the highest daily increases in months, while officials and experts are discussing whether the second wave is here or not.

Speaking at a press briefing on Thursday, the World Health Organisation's European director Dr. Hans Kluge warned that Europe was facing a “very serious” situation and advised against "even a slight reduction in the length of the quarantine".

The WHO's European director said more than half of European countries have registered a greater than 10 percent rise in infections in the past two weeks, adding, "We have a very serious situation unfolding before us."

On Friday, the WHO warned that the coronavirus is “not going away”, noting that it’s still killing about 50,000 people a week.

“That is not where we want to be,” Dr. Mike Ryan, executive director of the WHO’s health emergencies program, said of COVID-19 deaths during a news conference at the agency’s Geneva headquarters.

“It’s not where the Northern Hemisphere wants to be going into the winter season. It’s not where developing countries want to be with their health services under nine months of pressure,” he added.

Ryan warned that the virus still has a “long way to burn”, stating that they are beginning to see “worrying trends” in the number of COVID-19 cases, ICU admissions and hospitalizations in the Northern Hemisphere as it enters the colder seasons.

As countries across the world are racing to develop a vaccine to curtail the virus pandemic, the WHO has announced that a vaccine will be a “vital tool” in the global fight against the coronavirus, but it won’t end the COVID-19 pandemic on its own and there’s no guarantee scientists will find one. The WHO chief stated that he hopes the world can finish the coronavirus pandemic in less than two years.

The agency had warned that despite strong hopes for a vaccine, there might never be a "silver bullet" for the coronavirus, and the road to normality would be long.