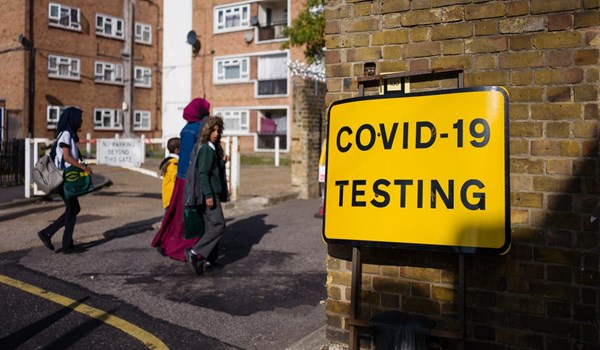 Professor Susan Michie’s call for a “step change” in the government’s approach came as scientific advisers proposed a two-week “circuit break” lockdown for the whole country to coincide with the October school half-term holiday, The Independent reported.

The proposal puts further pressure on Prime Minister Boris Johnson, who has signalled his determination to avoid the kind of national lockdown seen in the spring, which he this week said would be “completely wrong” for the country and “disastrous” for the economy.

It is thought that a time-limited October shutdown is being considered as a means to damp down the current surge in coronavirus without having to disrupt schools - something ministers insist will be a “last resort” following their reopening just weeks ago after six months.

But Prof Michie, who serves on the government’s Scientific Pandemic Influenza Group on Behavioural Science (COVID-19) as well as the Independent Sage group, warned against delay.

“We need to learn the lessons of the spring,” she said.

“Every day’s delay to a step change in measures to restrict transmission when it is increasing exponentially will be expensive in terms of health and lives in the short term and the economy in the long term," she said.

“We need action now. Delaying for two weeks earlier in year was generally agreed to be a terrible mistake. Are we going to repeat it? Thousands of lives are at stake," she said, adding, “We need to do a raft of national restrictions now - waiting till October is too late.”

Meanwhile, Edinburgh University professor of veterinary epidemiology Rowland Kao warned that a two-week lockdown may not be long enough to bring the rate of transmission of coronavirus - known as R - below the crucial level of one, above which the disease can spread exponentially.

Prof Kao said, “While a two-week lockdown will undoubtedly reduce the infection rate, the danger is that it is uncertain whether something less than the total lockdown of March will have enough of an impact to actually reduce R below one under the current circumstances - e.g, if schools and universities are allowed to continue to operate with in-person contact."

“If it does not, the pressures on test and trace and the risks to the vulnerable, including those in hospitals, will only continue to increase," Kao said.

“Crucially, two weeks will be insufficient time to fully assess the impact of those restrictions. Even if R drops below one, cases will continue at similar levels for some time. Thus, for the slowing-down effect of the ‘circuit break’ to be helpful, this would require that there be enough time for the current test and trace difficulties to be resolved. Two weeks is unlikely to be enough for this,” Kao added.

The Independent Sage advisory group, which was set up at the start of the pandemic amid fears of political interference in the main group, also urged quick action – but some members said a full lockdown might not be the most effective course of action.

Christina Pagel, professor of operational research at University College London said, "A two week lockdown in four weeks is too late, and also I don't think we need to go for a full national lockdown."

“I think one thing we've learnt from contract tracing is that transition in England tends to be from pubs, restaurants and household contacts. I think we should concentrate on trying to restrict activity in those areas. And continue working at home - we need to keep schools open,” Pagel added.

Elsewhere, Dr Julian Tang, of the University of Leicester, said that the measures currently being deployed - such as Mr Johnson’s “rule of six” limiting the size of social gatherings, curfews on hospitality venues, face-coverings and hand-washing - were “patchy” and may need to be replaced by “full local lockdown” in areas affected by outbreaks.

Rather than a circuit break, local interventions should be seen as a "fire break” preventing the disease already raging among those infected from spreading to those who are susceptible but so far untouched by the disease.

“But these are all incremental and each on their own or in patchy combinations may not be enough - in which case a full local lockdown may be needed to stop the spread," Tang said.

“So again, individuals need to follow these restrictions to protect the larger population otherwise there may be a continual series of short-term leap-frogging local or national lockdowns required to control the pandemic - which will be bad for business and education over the longer term," he said.

“We will have to compromise some individual freedoms for the greater good of the larger population,” he added.

Prof Michie, of University College London, also backed calls for the coronavirus test and trace system to be taken out of the hands of “failing” private firms and handed over to the NHS, signing a petition started by a London GP.

It came as government sources were quoted as saying that “experts in delivery” such as Amazon or DHL could be invited to provide a supply chain to improve availability of tests.

New ONS figures released on Friday show an estimated 59,800 people in England have coronavirus, a rise on recent weeks. The Office says there is clear evidence that the rise, which related to the most recent complete week, has been focused on younger people under 34.