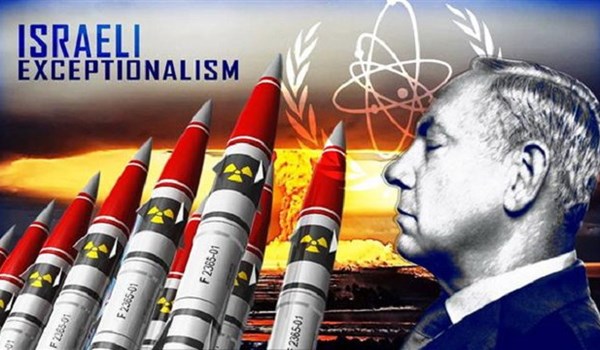 "All countries in West Asia, except the Israeli regime, are members of the NPT and have pledged to accept the IAEA's comprehensive safeguards. Therefore, the regime's covert acquisition of nuclear weapons is a serious threat to the security and stability of the region and the world." Qaribabadi said in the Quarterly meeting of the Board of Governors of the International Atomic Energy Agency (IAEA) on Thursday evening.

"We strongly believe that by ignoring legitimate regional and international concerns about the Israeli regime's refusal to adhere to the NPT, it and its supporters are deliberately violating all international norms and regulations," the ambassador said. 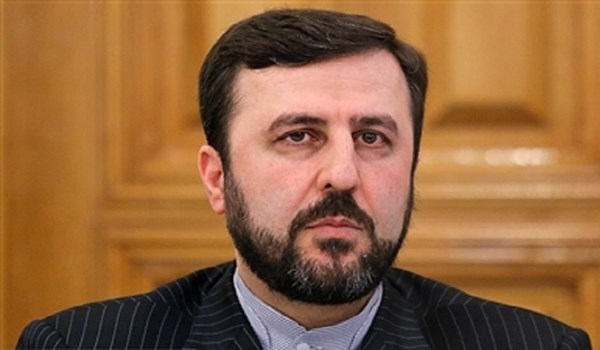 "Among those outside the treaty [NPT], some have made their accession conditional on the creation of a 'special atmosphere' and others are reluctant to do so because of the threat posed by nuclear weapons states," he added.

"Undoubtedly, after the failure to agree on the final outcome of the Non-Proliferation Treaty Review Conference in 2015, simply because of the three countries' protest in support of a non-NPT member, the NPT Review Conference in 2021 will be a strong milestone for the world community to see if multilateralism is still effective in the field of arms control and disarmament," the envoy noted.

"We believe that ignoring such an important issue directly affects regional and international peace and stability and undermines the validity and sustainability of the current disarmament and arms control structure, including the IAEA and the safeguards regime," Qaribabadi further stated.

"That's why we emphasize that ignoring the review of the status of the nuclear facilities and the activities of the Israeli regime, especially in the absence of IAEA safeguards, is a very dangerous step," he went on to say.

"The immediate and unconditional accession of the Israeli regime to the NPT and the placement of all its nuclear materials, activities and facilities under the Agency's comprehensive safeguards are necessary steps to alleviate the current nuclear crisis in West Asia," Qaribabadi added.

"The Agency should not be influenced by political considerations in this regard and should not, on behalf of one of the parties in the region, describe the political situation in the region in its reports," he stressed.

In relevant remarks in late August, Deputy Representative of the Islamic Republic to the United Nations Es’haq Al-e Habib said the international community must force Tel Aviv to join the NPT and allow the International Atomic Energy Agency (IAEA) to access its nuclear facilities considering the Israeli regime's destructive role in the region. 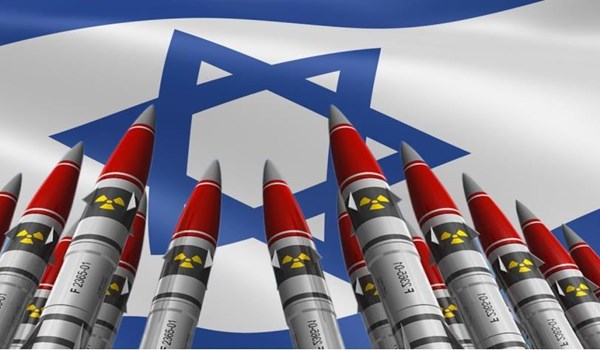 Addressing a virtual meeting on the anniversary of the Comprehensive Nuclear-Test-Ban Treaty (CTBT) on Thursday August 27, Al-e Habib stressed that the destructive role of the United States and Israel has prevented the realization of a Weapons of Mass Destruction (WMD) Free Zone in West Asia (the Middle East).

He slammed the US' negative role in preventing the proliferation of nuclear weapons and said with 1,054 nuclear tests, Washington has had the highest number of such tests in comparison to other countries.

He referred to the US as the possessor of the world's largest nuclear arsenal and the only country to have used nuclear weapons, and said Washington not only has no intention to end testing nuclear weapons and join the Comprehensive Nuclear-Test-Ban Treaty but also continues to modernize and strengthen its nuclear arsenal.

The timing of Iran’s call could not have been more relevant. The International Atomic Energy Agency has already voted against a resolution, which would have expressed formal “concern” over Israel’s nuclear arsenal, and urged them to join the Nuclear Non-Proliferation Treaty.

No longer concerned with their conscience, the United States keeps telling the world that the real problem in the volatile West Asian region is Iran. This is while Israel’s nuclear arsenal – the gravest threat to regional peace and security – continues to endanger the NPT. The fabricated regime has not even bothered to declare its intention to accede to the Treaty and/or abandon its weapons of mass destruction program.

Israel's nuclear-weapons project could never have got off the ground without an enormous contribution from Western governments. That explains why Tel Aviv, confident about the political and military support of the Western powers, has neither acceded to the NPT nor placed its nuclear facilities under the IAEA safeguards.

Lest we forget, the IAEA officials hold that the main danger to peace in Middle East isn’t Iran – which doesn’t have nukes, has signed the NPT, and officially and religiously abjures the possibility - but Israel, which has been covertly making bombs, breaking a treaty banning nuclear tests, as well as countless international laws restricting the traffic in nuclear materials and technology.

On that note, Middle East will never become a region free of nuclear weapons unless all members of the IAEA exert pressure on Israel to compel it to accede as a non-nuclear weapon party to the NPT and to place all of its nuclear activities and installations under the IAEA safeguards. The show cannot go on forever and there must be a deadline for this.

Indeed, the developing nations don’t trust the nuclear weapon states given their double-standard approach toward Iran’s civilian nuclear program and that of Israel, which possesses actual nuclear warheads. They also want an immediate ban on all nuclear weapons, as they are illegal and their illegality should be recognized through a legally binding Nuclear Weapons Convention at the UN.

The proposed Convention could deal with the issue of Israeli nukes as well. The body should establish a committee with a mandate to begin all-party talks to this end. As well, the UN Security Council members will have to bear the primary responsibility in the talks and undertake nuclear disarmament and denuclearization obligations, pending the conclusion of the Convention - if indeed they have genuine concerns about proliferation in the Middle East and beyond.