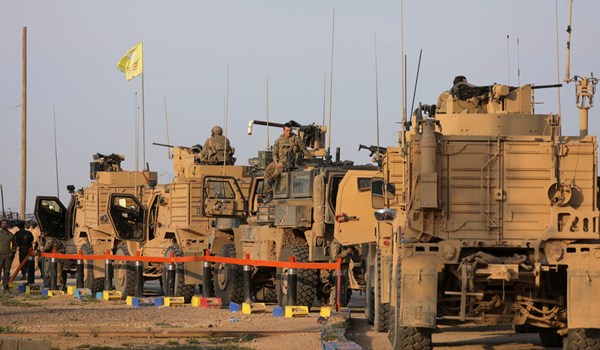 The deployments, accompanied by increased air patrols over Eastern Syria, were announced by US Central Command on Friday, RT reported.

“The United States has deployed Sentinel radar, increased the frequency of US fighter patrols over US forces, and deployed Bradley Fighting Vehicles to augment US forces in the Eastern Syria Security Area (ESSA),” CENTCOM Spokesman Captain Bill Urban said in a statement, adding that the move was meant to “ensure the safety and security of coalition forces”.

"These actions are a clear demonstration of US resolve to defend Coalition forces in the ESSA, and to ensure that they are able to continue their Defeat-ISIS (ISIL or Daesh) mission without interference," it read.

The new deployment will reportedly include a half-dozen Bradleys and fewer than 100 soldiers, though it remains unclear exactly where they will operate in Syria. Much of the country’s Northeast is controlled by US-backed Kurdish militias and Washington has blocked its reintegration under the rule of the government in Damascus.

Though Urban made no mention of Moscow in his announcement, another US official who refused to be named told CNN the deployments are meant as a “clear signal to Russia to adhere to mutual deconfliction processes” and “avoid unprofessional, unsafe and provocative actions in northeast Syria”.

The move comes less than a month after a tense encounter between US and Russian forces in Syria as both sides carried out patrols, seeing a vehicle collision which the Pentagon announced injured at least four American soldiers.

While Washington faulted Moscow for “provocative” behavior during the skirmish, Russia’s own account of the altercation differs significantly, arguing that the relevant US commanders had been informed of the Russian patrol route, and that the American vehicles attempted to block its path. Video footage of the incident appears to show Russian armored trucks being pursued by US vehicles, as well as a Russian helicopter flying low over the area amid the standoff.

Hours before the fresh deployment, US President Donald Trump insisted American forces had all but left the country, telling reporters on Friday that “we are out of Syria”, with the exception of “troops guarding the oil” – referring to US soldiers embedded with local Kurdish militants occupying a number of oil fields in eastern Syria.

Russian forces have been present in Syria since 2015 after an official request from the Syrian government asking to help in the country’s fight against terrorist groups. The American presence in Syria continues against the express wishes of Damascus and without approval from the UN, with the mission continually shifting long after the coalition’s stated objective to defeat Islamic State (IS) was declared complete.

Under the Barack Obama administration, Washington shipped hundreds of millions of dollars in arms and other gear to Syrian rebels fighting to overthrow President Bashar Assad. However, Trump has largely abandoned the train-and-equip effort while still carrying out airstrikes in Syrian territory.