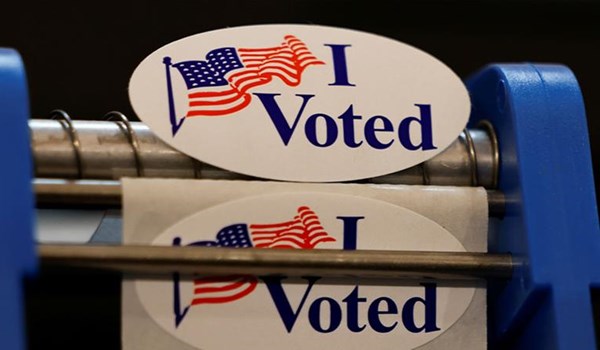 Concern about ballot access under the coronavirus pandemic has been widespread, particularly as President Donald Trump continues to attack voting by mail with baseless claims of widespread fraud, The Guardian reported.

In Minnesota, a state Hillary Clinton won by just 1.5 points in 2016 and which the Trump campaign is targeting, the president and Joe Biden were both on the campaign trail.

In Virginia, the state’s two Democratic US senators were among early voters. At one site in Richmond, the state capital, dozens lined up before a polling station opened. CNN reported local officials as saying “they’ve never seen this many people show up on the first day”.

Virginia was until recently a swing state but now leans firmly Democratic. Voting also began on Friday in South Dakota, which is solidly Republican.

Trump has repeatedly stated he wants to flip Minnesota in November, in hopes that it could offset losses elsewhere. He has visited regularly and has tailored policy moves to rural parts of the state, including reversing an [Barack] Obama policy prohibiting the development of copper-nickel mining and bailing out soya bean, corn and other farmers hurt by Trump’s trade clashes with China.

More recently, Trump has embraced a “law and order” message aimed at white voters concerned by protests against racism and police brutality which have sometimes turned violent. Minnesota saw unrest after the killing of George Floyd in Minneapolis in May.

However, polls indicate Biden has a significant edge in the state. According to a Washington Post-ABC News poll this week, Biden leads by 16 points among likely voters, 57% to 41%.

On Friday, Trump was scheduled to speak in Bemidji while Biden traveled to Duluth for a tour of a union training center.

Duluth Mayor Emily Larson told the Associated Press, “One of the things the Trump campaign has been very good about is visibility in Duluth, but also in areas around Duluth.”

In Michigan, meanwhile, a judge handed down a key ruling concerning mail-in voting, writing that the state must accept ballots postmarked the day before election day, November 3, which arrive in the weeks following.

The decision will probably result in thousands more voters having their ballots counted in a key battleground state.

In 2016, Trump won Michigan by about 10,000 votes. One of the top reasons mail-in ballots are rejected is because they arrive past the deadline to be counted: 6,405 ballots were rejected for that reason in Michigan’s August primary. Jocelyn Benson, a Democrat who is the state’s top election official, called for extending the deadline.

The COVID-19 pandemic, coupled with reports of mail delays, have made that deadline unrealistic, wrote Judge Cynthia Diane Stevens of the Michigan court of claims.

“Some flexibility must be built into the deadline in order to account for the significant inability of mail to arrive on what would typically be a reliable, predictable schedule,” the judge wrote, ordering ballots counted as long as they are postmarked by November 2 and arrive within 14 days of election day.

The ruling was the second in two days extending ballot deadlines in a key state. On Thursday, the Pennsylvania supreme court blocked the state from enforcing an election night deadline for absentee ballots, instead ordering it to count them as long as they are postmarked by election day and arrive by the following Friday.

The Michigan ruling was in a suit filed by Priorities USA, a Democratic group. Michigan also restricts who can return an absentee ballot on behalf of a voter. Stevens, citing the pandemic, noted the state could not enforce those restrictions from the Friday before election day through election night.