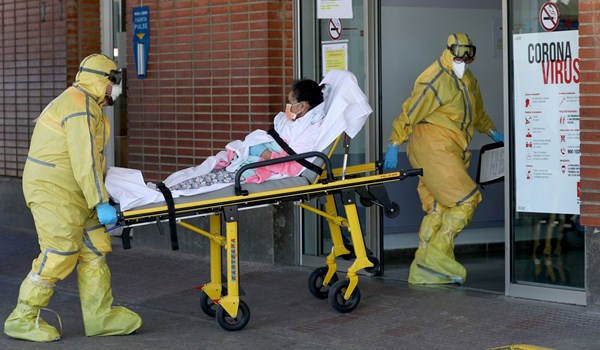 The healthcare system in Spain's capital is once again buckling under the pressure of high contagion levels, and new measures will be enforced on Monday to last for 14 days.

The worst-affected neighborhoods, which contain 13% of the region's population, will be "confined", said authorities. This will entail a ban on all non-essential movement to and from these areas.

Parks across Madrid will be closed, while bars, restaurants and concert halls will only be able to operate at 50% capacity. Likewise, gatherings will be limited to a maximum of six people, down from the previous limit of 10.

"We have to avoid another state of emergency or lockdown at all costs," said Madrid President Isabel Ayuso at a news conference.

On Monday, she scheduled a meeting with Spanish Prime Minister Pedro Sanchez to help deal with the escalating crisis.

Across Spain, hospitals beds are increasingly filled by COVID-19 patients as deaths continue to mount.