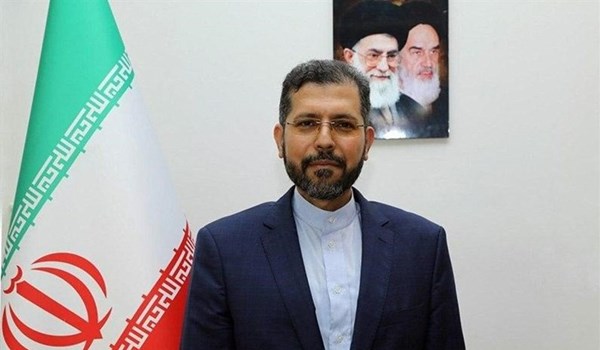 Khatibzadeh condemned any attack against diplomatic missions, and called on the Iraqi government to intensify the protection of official places, as well as meetings, in the country.

On Tuesday morning, an improvised explosive device targeted a British diplomatic vehicle on the airport road in the Iraqi capital, Baghdad, but no one was injured.

The attack, the first against a British government vehicle in Iraq in more than a decade, took place just outside the heavily fortified Green Zone, which houses government buildings and foreign missions.

Iraqi special forces closed down the road leading to the Green Zone from the western side, sources said.

The British Embassy in Baghdad confirmed the report.

Separately on Tuesday, two Katyusha rockets landed inside the Green Zone, but caused no casualties or damage, the Iraqi military said in a statement.