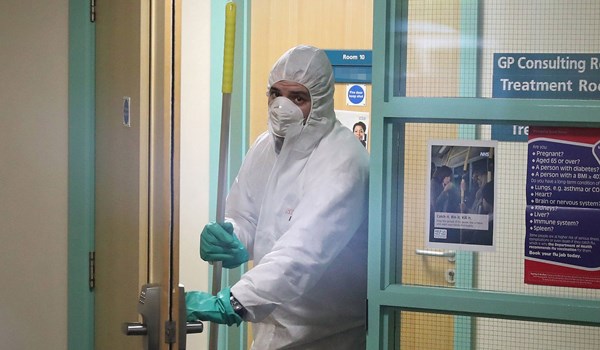 TEHRAN (FNA)- More than 3,000 people have tested positive for COVID-19 in the UK in the last 24 hours, the Government announced.

As of 9am on Thursday there had been a further 3,395 lab-confirmed cases of coronavirus in the UK. Overall, 381,614 cases have been confirmed, The Evening Standard reported.

The Government also said a further 21 people had died across all settings within 28 days of testing positive for COVID-19 as of Thursday. This brings the UK total to 41,705.

Separate figures published by the UK’s statistics agencies show there have now been 57,500 deaths registered in the UK where COVID-19 was mentioned on the death certificate.

A further 18 people who tested positive for the virus have died in hospitals in England, bringing the total number of confirmed reported deaths in hospitals to 29,705, NHS England said on Thursday.

Patients were aged between 56 and 95 and all but two patients had known underlying health conditions. The dates of the deaths were between September 12 and September 16, with the majority on or after September 15.

Six other deaths were reported with no positive COVID-19 test result.

Almost two million people in the North East of England will be banned from socialising with other households, following the “concerning” rise in infections.

Prime Minister Boris Johnson said that actions to stop a second surge of coronavirus must be “tough now” in order to “protect” Christmas.

He told The Sun, “Christmas we want to protect, and we want everyone to have a fantastic Christmas.

“But the only way to make sure the country is able to enjoy Christmas is to be tough now," he said.

Meanwhile in Wales, three people have died after testing positive for coronavirus, bringing its total number since the beginning of the pandemic to 1,600.

The number of cases of COVID-19 in Wales increased by 168 on Thursday, bringing the revised confirmed total to 20,048.

First Minister Nicola Sturgeon revealed a total of 290 people have tested positive for coronavirus in Scotland in the past 24 hours.

Speaking in the Scottish Parliament, she said 23,573 people have now tested positive in Scotland, up from 23,283 the day before. This is 4 per cent of newly-tested individuals.

Of the new cases, 112 are in Greater Glasgow and Clyde, 52 in Lanarkshire and 47 in Lothian.

No deaths of confirmed COVID-19 patients have been recorded in the past 24 hours and the number of fatalities remains at 2,501.

There have been a further 149 new confirmed cases of COVID-19 in Northern Ireland in the last 24-hour reporting period, the Department of Health has said.

This brings the total number of cases in the region to 8,780, including 689 in the last seven days.