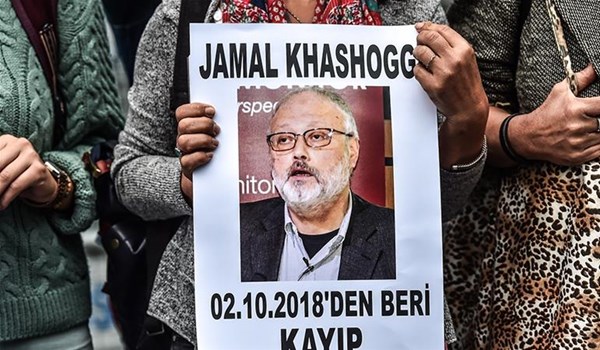 TEHRAN (FNA)- The European Parliament on Thursday urged the EU member states to impose arms embargo on Saudi Arabia over the killing of journalist Jamal Khashoggi and Yemen war.

In the EU arms export report adopted on Thursday, EU lawmakers urge all members of the bloc to “follow the example of Germany, Finland and Denmark, which, after the killing of the journalist Jamal Khashoggi adopted restrictions on their arms exports to Saudi Arabia”, Anadolu news agency reported.

The document also points out that arms exported to Saudi Arabia, the UAE, as well as other members of the Saudi-led coalition intervening in the Yemen war had been used in the country, “where 22 million people find themselves in need of humanitarian aid and protection”.

The 59-year-old columnist for The Washington Post was killed and dismembered by a group of Saudi operatives shortly after he entered the country's consulate in the Turkish metropolitan city of Istanbul on October 2, 2018.

Riyadh offered conflicting narratives to explain his disappearance before acknowledging he was murdered in the diplomatic building in a "rogue operation".

On September 7, the Riyadh Criminal Court commuted death sentences and handed down prison terms of up to 20 years to the accused, pardoned by the journalist's family. They were sentenced to death last year.