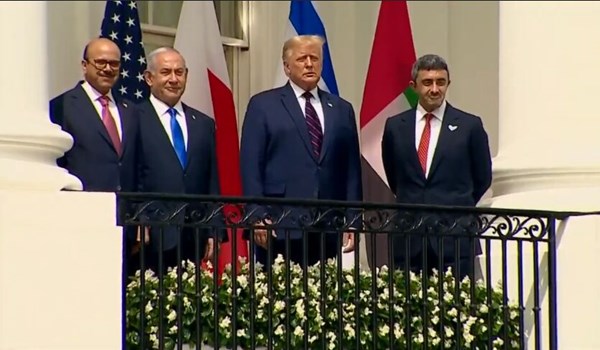 TEHRAN (FNA)- Iranian Parliament Speaker’s Aide for International Affairs Hossein Amir-Abdollahian strongly criticized the US’ arrogant conduct to announce UAE and Bahrain’s compromise with Israel, and reiterated that the move is meant to serve Donald Trump in the upcoming presidential election.

“Abu Dhabi and Manama’s move to normalize ties with Zionist regime is a fake and worthless show aimed at serving the US president’s reelection campaign,” Amir-Abdollahian said on Thursday in a meeting with the Austrian envoy to Tehran Stefan Scholz on Thursday. 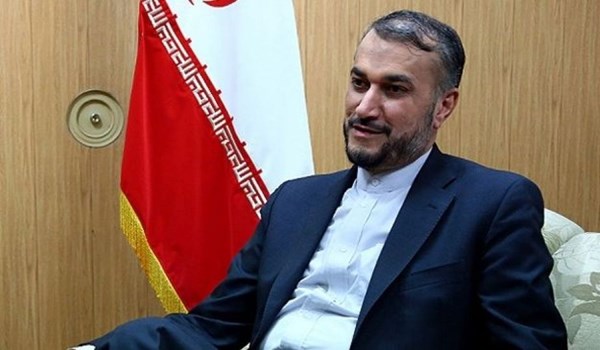 “Washington has resorted to coercion to oblige some Persian Gulf states to establish ties with Tel Aviv,” he added.

“If the US were not pursuing an arrogant and humiliating behavior in this regard, there would be no need for Trump’s circus on the balcony of the White House,” Amir-Abdollahian noted.

In relevant remarks on Thursday, Iranian Supreme Leader’s top advisor for international affairs Ali Akbar Velayati blasted the UAE and Bahrain for normalization of relations with Israel, saying that they are building a house of cards.

Addressing the 13th meeting of the World Assembly of Islamic Awakening held via video conference on Wednesday to discuss the recent normalization of ties between Israel and the two Arab states which was attended by participants from some 50 Muslim countries, Velayati condemned the normalization of relations between certain Arab countries and the Zionist regime as "a malicious scheme" and "a prelude to the full implementation of the 'deal of the century' and a publicity stunt."

"Instead of relying on divine promises, the unity of word, the will of the people and the unparalleled capacities of the Islamic world, some Persian Gulf vassal states have pinned their hopes on nothing and built a house of cards so that they should pay the price for and suffer the consequences of this humiliating compromise and normalization from their countries' national and spiritual assets," he added.

Velayati described the Palestinian issue as the top priority of the Muslim world over the past seven decades, and said

"The [so-called] deal of the century, as a complementary measure to compromise moves, removed the mask of hypocrisy from the arrogant face of those seeking and advocating compromise] with the Israeli regime, he added.

He said that enemies of the Islamic resistance in the region and on the international scene have, in recent decades, planned and implemented various scenarios in order to shield their arrogant and exploitative interests.

Velayati added that the enemies have been making efforts over the last 70 years to gradually wipe out Palestine from the map of the region and to replace it with the fake occupying regime of Israel, stressing that the global arrogance hatches various conspiracies and plots in a bid to remove this pivotal issue off top priorities of the Islamic world.

He pointed to several rounds of so-called peace talks to resolve the Palestinian issue and said not only the negotiations failed to achieve anything for the oppressed people of Palestine, but they also resulted in excessive demands by Israel, its continued settlement construction activities, and more concessions in favor of the Tel Aviv regime.

Velayati described unity, coherence and resistance of the Islamic Ummah in the face of the excessive demands and malicious plans by the enemies and the reinforcement of the Islamic resistance front as the sole way to realize the Palestinian cause.