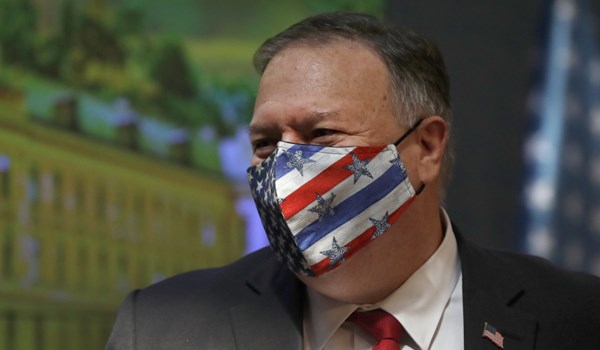 Khatibzadeh made the remarks after Pompeo in a series of tweets on Wednesday, Pompeo commented about the execution of a man convicted of murder in Iran, and described it as a “despicable” move made by Foreign Minister Mohammad Javad “Zarif’s government”.

He also called for consequences for what he called the Iranian government's "barbarity".

Khatibzadeh censured the tweets as “psychotic reactions” to the Trump administration’s “successive defeats”.

The tweets, which were “filled with anger” at Foreign Minister Zarif, stemmed from disappointment and depression following the US Department of State’s back-to-back defeats and were aimed at covering up those failures, the spokesman said in a statement. 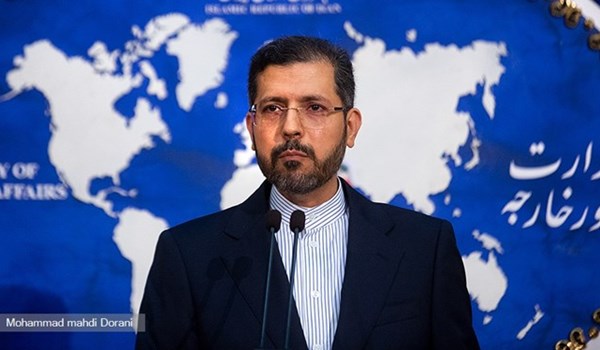 “Unfortunately the US Secretary of State, who is witnessing the failure of the maximum pressure policy and unilateralism toward Iran more and more, is desperately attempting to retrieve part of the lost reputation of Trump’s regime by claiming to be an advocate of human rights,” Khatibzadeh said.

However, he added, the US itself has the darkest human rights record and there is no single day without protests by the American people against violence, discrimination and racism.

The spokesman said Pompeo’s tweets are “big lies” aimed at diverting public attention away from the “dire” situation inside the US.

Khatibzadeh also lashed out at the US’ “hypocritical” approach toward the issue of human rights by tweeting screenshots of a couple of American media reports on Washington’s support for the murderer of a Saudi journalist and its “brutal” treatment of an Iranian scientist who had refused to work as an FBI spy.

In another tweet, he also mocked Pompeo for his contradictory remarks about the Iranian foreign minister’s authority in the Islamic Republic.

“One min, Pompeo claims FM Zarif is no more in charge of what’s going on in Iran than a man in the moon. And next min, Government of Iran is Zarif's. Make up your mind, Mr. lying, cheating, stealing Pompeo,” Khatibzadeh said, referring to Pompeo's remarks on his earlier post as the CIA director, when he said, “I was the CIA director. We lied, we cheated, we stole.”

In a relevant development on Wednesday, Iranian Ambassador to the UN Majid Takht Ravanchi strongly protested the recent threat by US President Donald Trump, stressing that his country won’t hesitate a single moment to defend national interests and land.

Takht Ravanchi sent a letter to the United Nations Secretary General Antonio Guterres, in which he expressed Iran’s protest to Trump’s recent threat based on forged media propaganda.

“The United States will be responsible for any possible adventure against Iran,” he warned, stressing that Iran will not hesitate a single moment in the legitimate defense of its nation, land, and interests.

Iran’s UN ambassador called Trump's threat a violation of the UN Charter principles, including Article 2, which explicitly prohibits any kind of threat or use of force.

Pointing to the past US threats against Iran, including assassination of General Qassem Soleimani, he urged the UN Security Council to force Washington to end its threats, illegal moves and irresponsible policies.

US President Donald Trump has recently ranted on striking Iran “1000 times greater in magnitude” following a bogus report of Politico magazine on alleged Iran plan to assassinate a US diplomat in South Africa. Tehran has strongly dismissed the allegations.