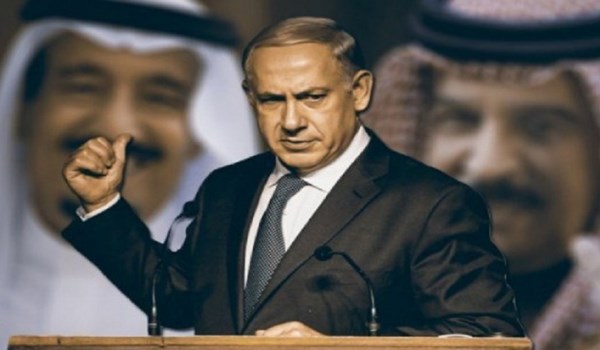 TEHRAN (FNA)- Iranian President Hassan Rouhani rebuked certain regional regimes for their betrayal of the Palestinian cause, calling on them not to pretend to be Arabs.

"There are some countries in the region whose people are Muslims and religious but their rulers do not understand religion, the rules of religion and do not care about their debt towards the Palestinian people,” Rouhani said on Wednesday.

“They claim to be Arabs! In Palestine, the Zionists' crime is on the rise, how did you shake hands with the Zionist regime and are going to give a base to Zionists in your country?" he added.

"You are responsible for all the future consequences that may occur. You have done these things contrary to the regulations and security of the region," he warned the regional Arab rulers, a reference to the Bahraini and UAE rulers.

In relevant remarks on Tuesday, Iranian Government Spokesman Ali Rabiyee said normalization of ties with Israel is a strategic mistake, stressing that any kind of insecurity in the region will be seen from now on by Tehran as to be the outcome of this compromise deal.

Also on Tuesday, Iranian Lawmaker Ebrahim Azizi said the recent compromise deal inked by Manama and Abu Dhabi with Israel has humiliated the two Arab regimes, adding that Bahrain and the UAE have slaughtered the Palestinian cause at the behest of Washington.

“The normalization of ties with Israel is equal to humiliation,” Azizi said, and noted, "Unfortunately, Bahrain and the UAE have sacrificed the goals and aspirations of the Palestinian people to the oppressive demands of the US and its rulers."

“It is a betrayal of interests [of Islamic Ummah] and lack of commitment to the Muslim Ummah and its leaders,” he added.

"The United States is taking such steps to save itself from the crises it is facing and its tarnished image in the world," Azizi stressed.

The MP said that Trump has engineered the compromise deal to prevent the decline of the child-killing Israeli regime and also save face for himself before the upcoming presidential elections.

He reiterated that Iran will support every measure in favor of the Resistance Axis.