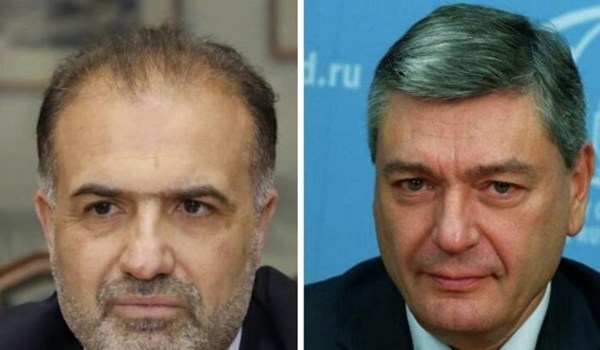 Jalali and Rudenko exchanged views on the latest developments in Central Asia and the strategic region of South Caucasus.

Both regions are of particular importance to the US and European states because of their geostrategic position and energy reserves.

The Soviet Union disintegration caused regional and extra-regional powers to try to influence its independent countries.

Tehran and Moscow have been interacting to ensure the regional stability and prevent the interference of trans-regional actors in the South Caucasus, the Caspian Sea and Central Asia.

In relevant remarks, Iranian Defense Minister Brigadier General Amir Hatami in a meeting with his Russian counterpart Sergei Shoigu in Moscow on Sunday August 23 underlined the necessity for the further strengthening of cooperation between Iran and Russia.

“Given the continued threats against the two countries, further strengthening of cooperation between Tehran and Moscow is necessary and inevitable,” General Hatami said.

He underlined joint and targeted efforts by the two countries to fight against the US unilateralism and bullying policies in the region in recent years, expressing confidence that the common strategy adopted by Iran and Russia would establish peace, stability and security in the region, regardless of the US unilateral policies.

TEHRAN (FNA)- Angry Sudanese protesters took to the streets to condemn the current junta's decision to follow the UAE and Bahrain in forging diplomatic relations with Israel.
﻿
﻿
Sections