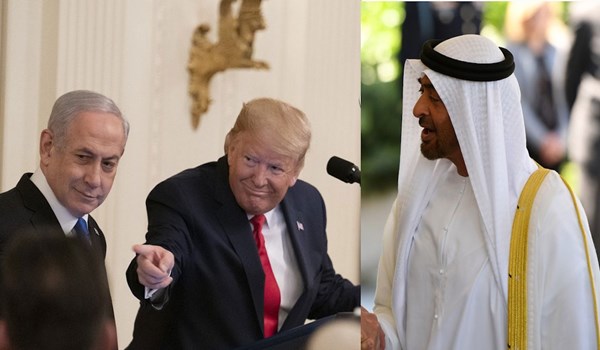 TEHRAN (FNA)- Iranian Lawmaker said the recent compromise deal inked by Manama and Abu Dhabi with Israel has humiliated the two Arab regimes, adding that Bahrain and the UAE have slaughtered the Palestinian cause at the behest of Washington.

“The normalization of ties with Israel is equal to humiliation,” Iranian parliamentarian Ebrahim Azizi said, and noted, "Unfortunately, Bahrain and the UAE have sacrificed the goals and aspirations of the Palestinian people to the oppressive demands of the US and its rulers."

“It is a betrayal of interests [of Islamic Ummah] and lack of commitment to the Muslim Ummah and its leaders,” Azizi added.

"The United States is taking such steps to save itself from the crises it is facing and its tarnished image in the world," he stressed.

The MP said that Trump has engineered the compromise deal to prevent the decline of the child-killing Israeli regime and also save face for himself before the upcoming presidential elections.

He reiterated that Iran will support every measure in favor of the Resistance Axis.

In relevant remarks on Monday, Iran’s Judiciary Chief Seyed Ebrahim Rayeesi blasted the UAE and Bahrain for normalizing ties with Israel, saying that their dream of growing more powerful by clinging to Tel Aviv will never come true. 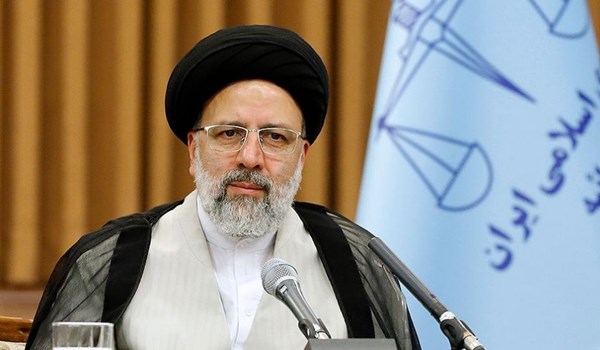 “No one will become powerful by betrayal of Palestine and the holy Quds and these relations and conditions will not remain stable and will pave the ground for their annihilation,” Rayeesi said, addressing the judiciary officials in Tehran on Monday.

He added that based on the divine promises, the Zionist regime is perishable, noting that normalization of ties with Israel indicates that the UAE and Bahrain do not believe in God and His promises.

Rayeesi said that the UAE and Bahraini rulers even do not believe in democracy because their people do not favor betrayal of the Palestinian cause.