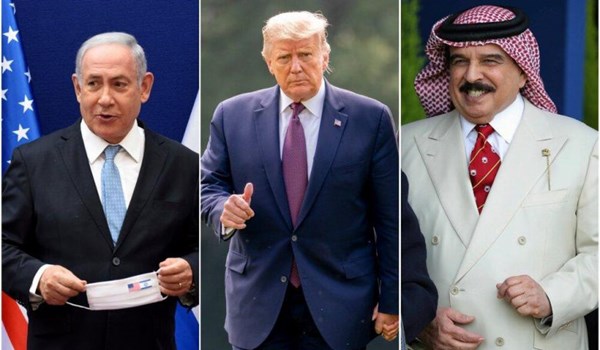 TEHRAN (FNA)- Iranian Foreign Minister Mohammad Javad Zarif said normalization of ties between some Arab regional regimes and Israel is, in fact, an attempt by US President Donald Trump to gather campaign photos.

"@realDonaldTrump desperately needed a campaign photo. His son-in-law blackmailed their regional clients into giving him one," Zarif wrote on his Twitter account.

"The only problem: 'Peace agreements' being signed are NOT between foes but longstanding allies," he added.

.@realDonaldTrump desperately needed a campaign photo. His son-in-law blackmailed their regional clients into giving him one.

The only problem: 'Peace agreements' being signed are NOT between foes but longstanding allies.

What a diplomatic coup!