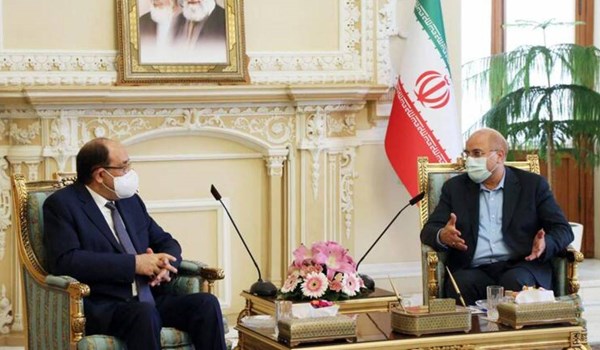 “Governments will be powerful if the participation and role of their nations are strengthened,” Qalibaf said during his Monday meeting with the former Iraqi Premier, Nouri al-Maleki, adding that Arab nations will not accept the domination of Zionists unlike their rulers who are normalizing ties with Tel Aviv.

"if we see today that some governments, under the pressure of the Arrogant powers, are seeking to normalize relations with the Zionist regime, their nations should be paid attention to, because these people are not willing to tolerate the domination of the Arrogant," he noted.

“If the officials of countries, especially Muslim countries, fulfill their duties properly, the conspiracies of the enemies will undoubtedly be thwarted,” the speaker stated.

Qalibaf hailed the Iraqi parliament's vote on expulsion of US from Iraq and named it a major step.

Al-Maleki, for his part, expressed gratitude for Iran's continuous support for the Axis of Resistance and establishment of security and stability in the region, especially in Iraq.

"For sure, the stances of the Islamic Republic of Iran have caused the Resistance Front to stand against the conspiracies of the enemies of Islam and Muslims," al-Maleki said.

Expressing dissatisfaction with some Arab regimes’ compromise with Israel, he said, "The process of normalization of ties with the occupiers of al-Quds must be resisted with consensus and convergence."

“I believe that powerful nations can resist the influence of foreigners, so nations will resist if the governments surrender to the enemy’s pressure,” he added.

In relevant remarks, Secretary of Iran’s Supreme National Security Council (SNSC) Ali Shamkhani warned the “betraying” Arab rulers against cooperation with Israel in plots against the region, stressing that the Islamic world will not allow the Zionists' dream of Nile to the Euphrates to come true. 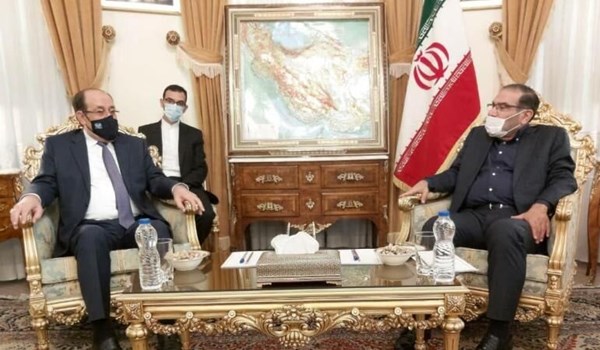 “The Zionist regime is seeking to materialize the motto of control over regions from Nile to the Euphrates through the so-called peace plan,” Shamkhani said in a meeting with former Iraqi Prime Minister and secretary-general of Iraq’s Islamic Dawa Party Nouri al-Maliki in Tehran on Monday.

He warned the “betraying” rulers of certain Arab states not to victimize the Palestinian cause for their short-term ambitions, and said, “The Islamic world will never allow materialization of such a dangerous and treacherous plot.”

Maliki, for his part, underscored the necessity to increase solidarity in the Muslim world to prevent measures which distort and threaten the Islamic identity and territories, and said the threats targeting the holy Quds and Palestine’s existence will be obviated through the cooperation of the Islamic states as they did against terrorism in Iraq and the region.