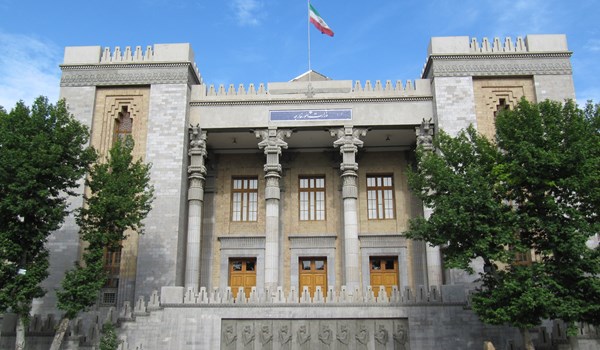 The Ministry, issuing a statement, strongly condemned the non-diplomatic measure of the German embassy, describing it interference in Iran’s internal affairs.

“Interfering in the laws and judiciary processes of the Islamic Republic is not acceptable and will not be tolerated,” the statement said, urging the embassy to stick to its diplomatic duties instead of acting beyond them.

Muzel , for his part, promised to reflect the Iranian Foreign Ministry’s protest to Berlin.

In relevant remarks on Monday, Iran's Deputy Judiciary Chief for International and Human Rights Affairs Ali Baqeri strongly protested at the European embassies' interference in his country’s internal affairs after some EU diplomatic missions in Tehran started commenting on the recent execution of an Iranian who was hanged in retribution for killing a citizen. 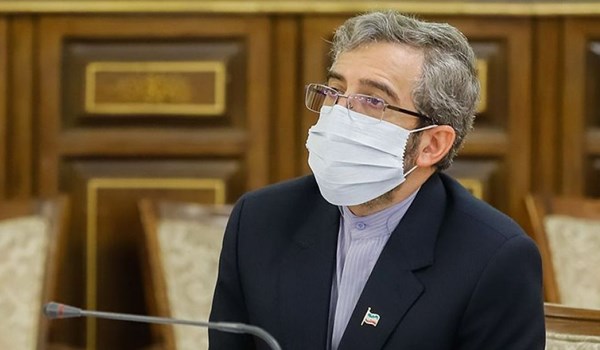 “If you (the European embassies) do not know anything about righteousness, justice and objectivity, at least respect the diplomatic norms and avoid shouting in a loudspeaker to spread lies like an opposition group,” Baqeri said, addressing a meeting of the Judiciary’s high council on Monday.

He underlined that foreign pressures on Iran’s Judiciary will neither prevent practice of justice nor decrease grant of Islamic mercy to the prisoners who deserve it.

His remarks came after some European missions and envoys to Iran, including the German ambassador, made comments in reaction to the execution of 27‑year‑old Iranian Navid Afkari who had received a death sentence for murdering a citizen in 2018.

Based on Islamic Sharia Laws, the family of the victim decide the fate of the murderer after the convict is found guilty at the court under a judicial decree called Qisas, i.e. "retaliation in kind", "eye for an eye", or retributive justice; they could either receive ransom money or ask for hanging in retribution.

The family of the victim, Hassan Torkmani, a Water and Sewage Organization employee, had urged to practice their right of hanging in retribution.

But since Navid Afkari had also taken part in 2018 protests in some Iranian cities, opposition groups based in Europe and the US have been seeking to politicize the case.