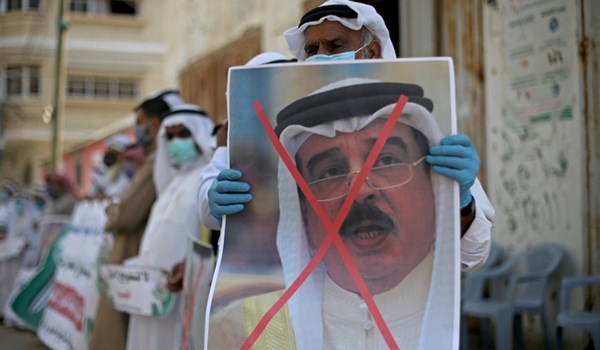 TEHRAN (FNA)- The Coordinating Council of the Islamic Development Organization in a statement described the Manama regime's normalization of relations with Tel Aviv as a clear act of treason.

The statement condemned "the shameful agreement and humiliating act", and termed it as a strategic stupidity and a great betrayal.

""The history will never forget this heinous move taken by Bahrain," it added.

It pointed out that after accepting humiliation by the United Arab Emirates (UAE), now accepting the humiliation of compromise by Bahraini government in diverting the world's public opinion from the first issue of the Islamic world and normalizing relations with the child-killing Israeli regime is a clear betrayal that will never diminish the determination and resistance of nations of the Islamic world.

"With this humiliating compromise, Bahraini rulers should know that allowing Zionist regime to step its foot in the Persian Gulf region will not be a simple issue and not only this irrational act will not lead to the spread of peace and security but also will lead to growing insecurity and instability in the region," the statement added.

It said that the foolish rulers, who are in a hurry to normalize relations with the occupying regime of Israel, will one day pay a heavy price for this great crime.

"In continuation of their struggle in supporting the Palestinian cause, the brave nation of Bahrain will undoubtedly respond to this betrayal of the dictatorial rulers," the Islamic Development Organization added.