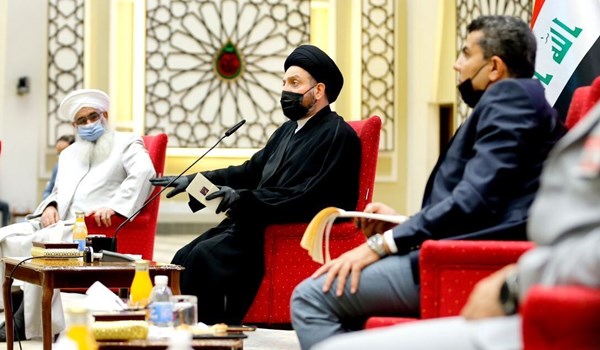 TEHRAN (FNA)- Leader of the Iraqi National Wisdom Movement Ammar Hakim strongly blasted the Manama regime for normalizing relations with the Israeli regime, and said that Iraq will never make such a strategic mistake.

"Over the past few days, the United Arab Emirates (UAE) and Bahrain reached an agreement with Israel's occupying regime which is a strategic mistake," Hakim said on Sunday.

He reiterated that Iraq will never compromise with "the occupying Zionist regime of Israel".

"Many Muslim states, including Iran, have so far slammed such a provocative measure," Hakim said, adding that it will bring about more tension to the region.

“Bahraini people, with all their religious, political, intellectual, and societal differences, are unanimous in adhering to Palestine and rejecting the entire Zionist entity and standing with Palestine until the last piece of land is liberated from it,” the group added.