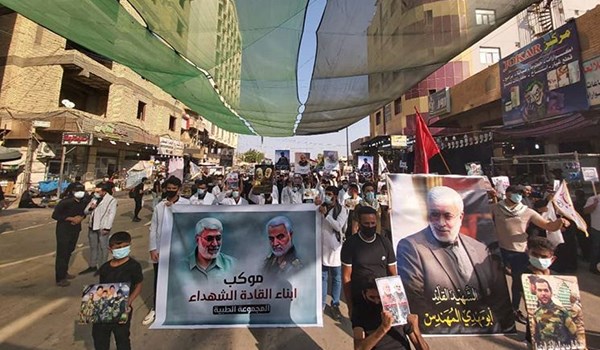 TEHRAN (FNA)- A large number of Iraqi people and supporters of Hashd al-Shaabi (popular forces) in the Southern city of Karbala held protest rallies against the US terrorist acts in the country. [+VIDEO]

The protestors carried images of martyred Commander of the Islamic Revolution Guards Corps (IRGC) Quds Force Lieutenant General Qassem Soleimani and Deputy Commander of Iraq's Popular Mobilization Forces (PMF) Abu Mahdi al-Muhandis who were martyred by the US in Iraq in January.

They condemned Washington’s terrorist acts in Iraq, calling for the withdrawal of the American forces from their country. 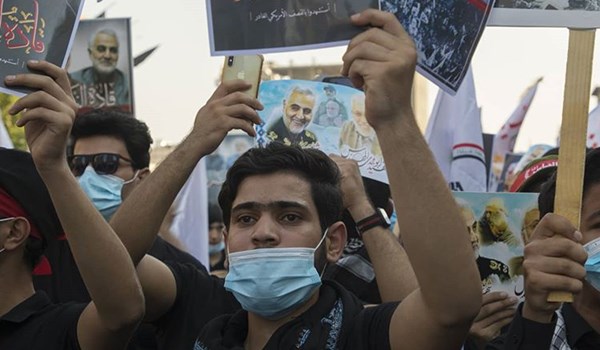 The ralliers then entered the holy shrine of the third Imam of Shiites, Imam Hossein (AS), while chanting anti-US slogans and shouting Allah-o Akbar.

The airstrike also martyred al-Muhandis. The two were martyred in an American airstrike that targeted their vehicle on the road to the airport.