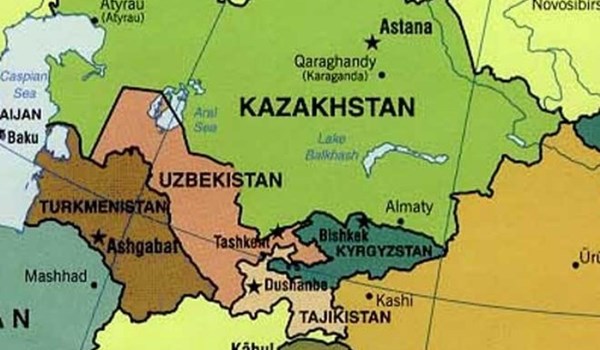 TEHRAN (FNA)- Deputy Foreign Minister for Economic Diplomacy Affairs Gholamreza Ansari said that a new channel has been set up to export Iranian products to Central Asia through Afghanistan.

“A new channel has been created to have access to Central Asian countries via Afghanistan,” Ansari said on Sunday.

“This is a positive step that our traders can export their goods through Afghanistan to Central Asia, and this has been very much appreciated by Iranian and Afghan traders,” he added.

In relevant remarks in early July, Iranian Ambassador to Kyrgyzstan Saeed Kharrazi underlined that expansion of ties and cooperation with the Central Asian states, especially in economic fields, is one of the priorities of his country.

The countries of the Central Asian region are a priority for Iran, and Iran's relations with the region are deep-rooted and historic, despite the fact that it has not been long since they gained independence, Kharrazi said on Wednesday July 1.

He added that there are various ways to strengthen Iran's ties with the Central Asian countries, specially Kyrgyzstan, one of which is to strengthen economic and trade cooperation and to try to use each other's capacities in different areas.

Kharrazi said that based on the roadmap devised by Iran and Kyrgyzstan, the embassy is ready to identify new economic and technological opportunities between the two countries.