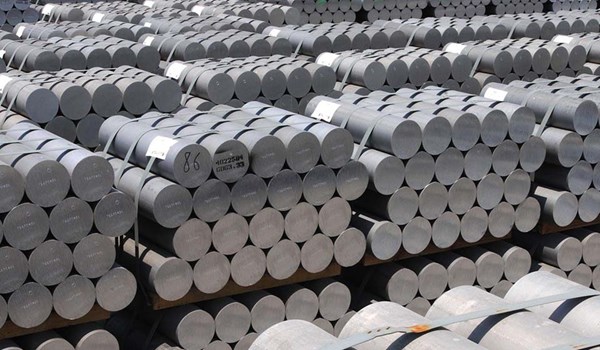 TEHRAN (FNA)- Iran had a notable growth in aluminum production with 175,000 tons output during five months (ending August 21), indicating a 70% surge compared with the same period in the last year.

The latest data released by the Iranian Mines and Mining Industries Development and Renovation Organization (IMIDRO) showed that Iran Aluminum Company (IRALCO) topped the list with 80,000 tons of the total output, registering a 6% rise year-on-year

In relevant remarks in early August, former caretaker of the Ministry of Industry, Mine and Trade Hossein Modarres Khiabani said that Iran has increased aluminum production by 50 percent in spite of the tough economic conditions caused by illegal sanctions.

Khiabani said on Thursday August 6 that launching every economic project is a thorn in the eyes of the enemies, adding that the production sector will strongly continue the path of progress even in the most tough economic conditions.

It was announced in mid-March that Iran is expecting significant surge in its aluminum production, as national prospective plans are directing towards an increase by more than 60 percent in the current local calendar year (March 20, 2020-March 20, 2021).

Iran's aluminum production capacity will increase by more than 60 percent this year compared to last year, based on country's Mine and Mining Industries Roadmap and the Ministry of Industry, Mine and Trade's four-year plan (2018-2021).

The statistical tables of the Roadmap of the Mine and Mining Industries of the country indicate that the country's aluminum production capacity reached 422,000 tons in 2017, and production amounted to 337,000 tons and in addition, the production of alumina powder amounted to 220,000 tons.