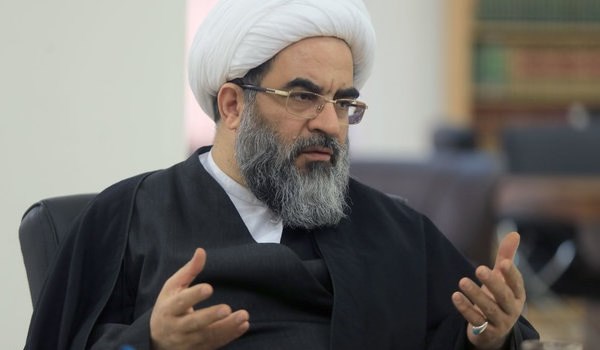 TEHRAN (FNA)- Senior Shiite Muslim cleric Ayatollah Mohammad Javad Fazel Lankarani in a statement on Thursday condemned sacrilege of the holy Quran in Sweden, and asked the Iranian foreign ministry for strong reaction to the move.

Ayatollah Fazel Lankarani issued a statement on Thursday, and urged the Iranian government, especially the Foreign Ministry to take the strongest actions against Insulting the Holy Quran in Sweden.

"The very tragic incident of insulting the Holy Quran and the sanctities of Muslims that occurred in Sweden has saddened the hearts of Muslims and followers of all heavenly religions," the statement said.

"The Swedish government must know that this incident has angered all the freedom-seeking people and Muslims. Prophet of Islam is the identity of all the Muslims and insulting him is violating the rights of one billion people," it added.

"It is a matter of regret to see the silence of Islamic countries which indicates their disbelief in the Holy Quran. We strongly urge the government of the Islamic Republic, especially the Foreign Ministry to take the strongest approach regarding this issue," the statement said.

During an illegal gathering on Friday, supporters of right-wing Danish politician Rasmus Paludan, who leads the anti-Islamic group Tight Direction (Stram Kurs), burned a copy of Holy Qur’an in the Southern Swedish city of Malmo.