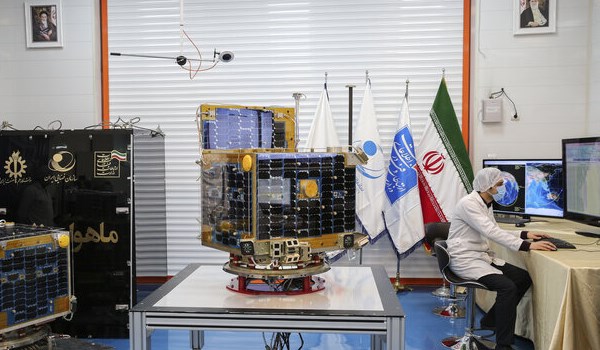 TEHRAN (FNA)- A team of Iranian scientists at Khajeh Nasir Toosi University of Technology have designed a satellite clustering system to develop the Internet of Things (IoT) application and smart maritime systems.

“The most important goals of this project include making fleets of ships smarter by means of Internet of Things (IoT), establishing a specialized and indigenous network for connecting ships and coastal stations, sharing files and data among ships in a secure communication channel, and monitoring and controlling ships trafficking using the Automatic Identification System (AIS),” Alireza Amirkhani, the caretaker of the Manzoumeh Toosi system engineering team, told FNA.

He added that the conceptual design of the system was completed and presented by his team under the title of ‘creating a smart marine telecommunication network" in June.

“The plan includes 60 cubic satellites which should be sent to the 550-km orbit,” Amirkhani said.

“In general, satellite clustering systems are a good alternative to large satellites to lower construction, launch and maintenance costs, and in this project we sought to indigenize satellite systems with telecommunication applications in the Middle East,” he added.

Iranian Minister of Communications and Information Technology (ICT) Mohammad Javad Azari Jahromi had announced in June that the number of the country's manufactured satellites will increase to 18 by the end of the current Iranian year.

He also underlined the importance of the recent satellite launched by the Islamic Revolution Guards Corps (IRGC) Aerospace Force as a move that has expanded Iran's scientific capacities and paved the ground for more progress.