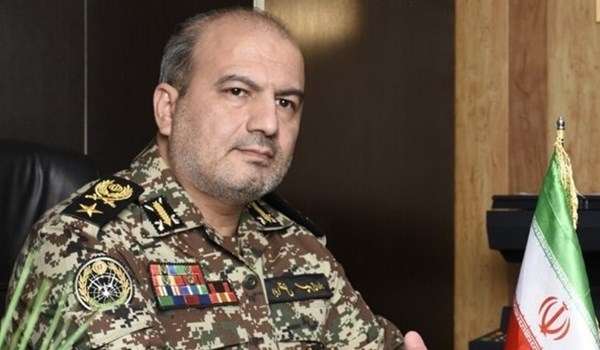 “Iran’s Air Defense has not only gained self-sufficiency in areas of drones, command-and-control and simulators production, but also received demands [for their purchase] from friendly states,” General Sepehri Rad said in an interview with the Persian-language Sobh-e No newspaper on Tuesday.

He stressed that the Iranian air defense system is able to track any kind of flying object and “our range of tracking has increased to over 3,000km”.

“Iran’s air defense owns one of the safest communication and IT networks at least in the region and has a word to say in electronic warfare and aerospace fields,” General Sepehri Rad said, adding that 27 new achievements of the air defense will be unveiled on Wednesday.

General Sepehri Rad had said in January that the sanctions imposed against Iran have made the country stronger in production of home-made equipment.

He added that the Iranian sky is well-protected against foreign threats by domestically grown defense systems.

The Iranian commander said that the enemies are fully aware of Iran's capabilities in the defense sector adding that Iran is no more in need of purchasing specific parts of defense systems since it is now able to manufacture them domestically.

In relevant remarks in December, Commander of the Islamic Revolution Guards Corps (IRGC) Aerospace Force Brigadier General Amir Ali Hajizadeh said that his country’s indigenized production of defensive systems and equipment has turned it a leading manufacturer of the field in the world.

Across many areas, the world’s state-of-the-art technology has been indigenized by the agency of Iran’s capable defensive technologists, said Brigadier General Hajizadeh.

He added the Islamic Republic’s defensive systems and equipment boast a thoroughly indigenous production process, noting that the military hardware's quality has turned the country into one of the world’s defense technology leaders.