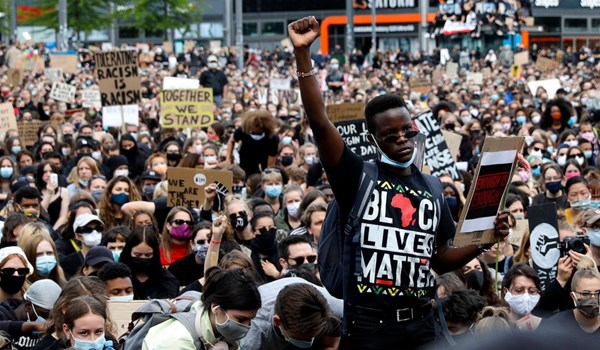 TEHRAN (FNA)- Iranian scholars strongly condemned rampant racial discrimination in the US against people of color, urging the UN to inquire the sinister issue via formation of a special committee.

“Today, despite the progress and advancement of science and knowledge as well as access to more effective routes to a healthy, just and better quality life, we are witness to a more widespread domineering world system and deepening of the wounds and exacerbation of the pain of oppression, social discrimination and racist divisions based on the interests of a particular group against the interests of all nations across the world,” a group of scholars demanded in a letter sent on Tuesday to the UN Secretary-General Antonio Guterres and UN High Commissioner for Human Rights Michelle Bachelet.

“The murder and harassment of black Americans is not an exceptional case, rather it stems from a social racist mentality according to which a small group enjoys a very high status, but the rest are not entitled to lowest degree of civil rights,” the letter added.

They said the American “bullying approach” emerged during the formation of the country when an all-out war was staged against the native owners of America.

“In the course of the establishment of the new American system, history bears witness to widespread genocides and expulsion as well as systematic social discrimination against the real owners of the land. Those who were considered a kind of “others or aliens”, included the native Americans, black Americans and somehow the entire nonwhite community, who are the referents of the discriminated communities,” the letter read.

The letter also mentioned some examples of “discrimination and injustice” against black Americans throughout history.

“Regretfully, the exceptionalist mentality of a small, but powerful and rich American group, is the source of widespread oppressions, sanctions and historical falsifications as well as trampling upon human rights and evaluation of human values based on wealth, ethnicity, geographical situation and religion,” the letter noted.

“The protests against oppression, harassment and murder of black Americans as well as the removal of slavery symbols point out to the wakeful conscience of the American and European peoples just like the protests in other parts of the world,” the letter concluded.

Demonstrations against racism and police brutality have swept the United States since the death in May of George Floyd, a 46-year-old Black man who died after a Minneapolis police officer knelt on his neck for nearly nine minutes. Near-daily demonstrations have gripped Portland since Floyd's death.