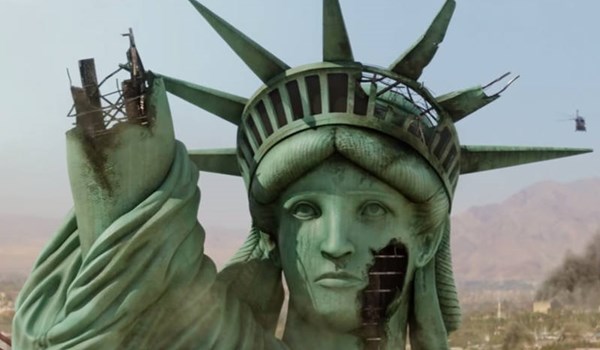 "History shows us that resistance against terrorists and administering the affairs of country with rationality and prudence will always lead to achieving great victories," Qalibaf said, and added that whenever the rulers trusted in the avowed enemies, they sustained losses and the resources of the country were plundered.

He underlined that the 1953 coup is a clear example to prove that the US is the sworn enemy of the Iranian nation, and noted, “The only way to protect our national interests against this sworn enemy is to become stronger."

The 1953 coup d'état (known in Iran as the 28 Mordad coup) was the overthrow of the democratically elected government of Iran, and its head of government Prime Minister Mohammad Mosaddeq on August 19, 1953, orchestrated by the United Kingdom (under the name 'Operation Boot') and the United States (under the name Ajax Project) to bring back to power Iran's fugitive dictator Mohammad Reza Pahlavi.

On such a day, a number of the army forces of the oppressive regime, with the cooperation of the United States and Britain, overthrew the government of 'Mohammad Mosaddeq' and re-established 'Mohammad Reza Pahlavi', who had fled Iran.

The American-British coup of August 1953, which led to the fall of the legitimate government of Iran at the time (Mossadeq's government), commemorates a critical period in Iran's political history before the victory of the Islamic Revolution.

The August 19 coup, part of a series of US-British interventions in Iran during the victory of the nationalization movement in the Iranian oil industry, took place at a time when the International Court of Justice had ruled in Iran's favor over British-Iranian oil deals.

In recent years, new documents have been published about foreign interference in the coup d'état of August 1953, and some US officials have even acknowledged the direct role of this country and Britain in the coup.

In relevant remarks on Tuesday, Iranian Foreign Minister Mohammad Javad Zarif slammed the efforts made by the US and Britain to choke the Iranian nation through the 1953 coup d’état, and said Washington has continued similar efforts to apply the past approach against Iran.

"67 years ago today, US/UK tried to suffocate the Iranian people’s demand for dignity in a coup overthrowing their elected government," Zarif wrote on his Twitter page on Tuesday.

"Since 1979, the US has desperately tried to resuscitate the past. Yet it keeps getting humiliated by the Iranian people," he added.

Also on Tuesday, Iranian Ambassador to London Hamid Baeidinejad blasted Britain for collaboration with the US in the 1953 coup against Iran's nationalist government of Mohammad Mossadeq, and called on London to extend an official apology to the Iranian nation.

“The UK's role - along with US - in the coup d’état overthrowing Iran’s elected government 67 years ago today, is indisputable,” Baeidinejad wrote on his twitter page on Tuesday.

He asked "why" the UK has never offered a formal apology to the people of Iran for its act of violent infringement against the country's national sovereignty, and regretted that London should have done so long time ago.

Related News
FM: US, UK Striving to Suffocate Iranians
Envoy Asks Britain to Apologize to Iran for Collaboration in 1953 Coup with US
LATEST STORIES (39)