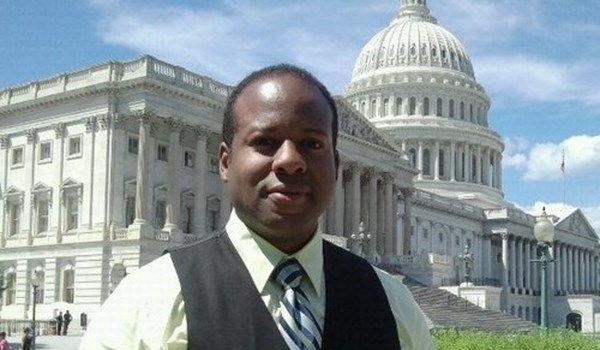 TEHRAN (FNA)- Colin Campbell, academic and journalist, says many of the statues in the US honor figures who endorsed cruelty towards and control of other human beings, including slavery and bondage.

Speaking in an interview with FNA, Dr. Campbell said, “Many of the statues that have been erected were in defiance to a changing social dynamic. It was an answer to Black Americans seeking opportunity and autonomy free of bigotry and white-initiated racism.”

Dr. Colin Campbell has been a TV news reporter for more than 20 years. He has been a reporter-at-large covering two presidencies, Congress and State departments. He is currently working as a lecturer and an assistant-to-the-editor for the Howard Journal of Communications at the famed Howard University.

Q: Why were the statues which are symbols of slavery made and installed at all?

A: Many of the statues that have been erected were in defiance to a changing social dynamic. It was an answer to Black Americans seeking opportunity and autonomy free of bigotry and white-initiated racism. If we examine the motivation behind these statues, it is because the statues represent a person or a way of life that is valued by the society within which it is constructed. Historians have tracked when many of these statues and monuments that are now in question were put up in the United States and a large amount of them were erected around Reconstruction and around the civil rights era. The Southern Poverty Law Center (SPLC) published a study that showed a huge interest in these statues relating to the Confederacy during the early 1900s; when slavery ended and in the 1950s and 1960s when there were significant civil rights tensions in US society. These moments in American history were times when Black Americans allied with other Americans to advocate for greater self-determination and the extirpation of subjugation. These are issues that many are still fighting for despite persistent socioeconomic and sociopolitical disparities. The statues serve as a reinforcement to what is admired--white patriarchal control over the population and our society.

Q: Statues are falling, but what should replace them?

A: We have to keep in mind why we have statues. Most often, the reason why statues and monuments are installed is because they carry the power of symbolism. Symbolism contextualizes meaning about mindsets, ideology, and culture. It creates a narrative where the people they connect with are able to find societal cohesion. However, many of the statues that have been installed in the US are being re-examined because the men (and women) that they honor endorsed cruelty towards and control of other human beings including slavery, bondage, etc. So, to many, these statues represent hate. The US would be better served by erecting monuments that embody the ideals of what America is purported to represent such as unity, diversity, and the collective struggle towards success. There are many individuals in our nation's history that promoted equality, equity, and the improvement of a collective culture where the greater population can benefit rather than just a group of one people over the exploitation of several groups.

Q: Is there a hope that after toppling of slavery symbols, those who in real life promote racism, colonialism, and keep fanning the flames of inequality will be toppled from the power?

A: What we know about the US is that fundamental change does not happen without struggle. Whenever there has been change in the status quo it is often initiated through protests as a ramification stemming from an injustice or a series of injustices. It would stand to reason that current changes in the landscape would encourage a shift in the existing paradigm regarding who we as a society lionize and adulate. There is a belief that the US is on the verge of another awakening and that the history that is being taught in schools encouraging the values that we embrace is flawed and is in need of redress. What younger generations seem to be focused on is a stronger sense of equity amid an age of growing socioeconomic inequality. Millennials are now the nation’s largest living adult generation overtaking Baby Boomers, according to population estimates from the US Census Bureau. Millennials are in many ways exhibiting more signs of empathy and emotional intelligence than their older counterparts. This indicates a sociocultural evolution that is more inclusive of diverse input but also suggests that this younger group interrogates past injustices and brings them closer to a level of transparency and accountability.