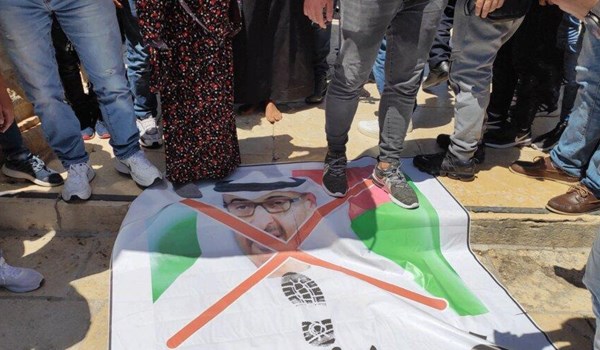 TEHRAN (FNA)- Chairman of Assembly of Experts Ayatollah Ahmad Jannati strongly lashed out at the UAE rulers' treacherous act of normalizing ties with Israel, adding that Muslims and free people throughout the world will never forget this treason.

“These days, the regrettable UAE's agreement to normalize relations with the usurper Zionist regime has been condemned by Muslims in the world, especially the oppressed Palestinian people,” Jannati said in a statement on Monday, and noted that the move will never be forgotten by Muslims and free-spirited people throughout history.

"This scandalous agreement amounts to recognition and approval the crimes committed by the child-killing Zionist regime and a treacherous effort against the Al-Aqsa Mosque and holy Al-Quds ideal," he went on to say.

The senior Iranian cleric stressed that according to God's definite promise, the final victory is with the truth and friends of God while the defeat is with the falsehood and friends of Satan, and this oppression will overtake them [UAE rulers] sooner or later.

US President Donald Trump on Thursday announced a deal brokered by his government between Israel and the UAE which he said would lead to full normalization of ties between the two.

In relevant remarks on Monday, Iranian Parliament Speaker's Special Advisor for International Affairs Hossein Amir-Abdollahian warned the UAE about consequences of concession and friendship with Israel after the little Arab country made a compromise deal with Tel Aviv.

“The destructive and unconstructive behavior of Abu Dhabi and starting friendship with those who have occupied the holy Quds cannot be justified and the country will be badly harmed due to its friendship with the Zionists,” Amir Abdollahian said in separate meetings with Hamas Representative in Tehran Khalid al-Qadoumi and Head of the Tehran bureau of the Islamic Jihad Movement of Palestine Nasser Abu Sharif on Monday.

“This cruelty of certain Arab rulers will not leave any impact on the power of the Palestinian people’s resistance at all,” Amir Abdollahian said.

In the separate meetings, al-Qadoumi and Abu Sharif appreciated Iran for its continued support for the Palestinian nation, condemning the UAE’s betrayal of the Palestinian cause through its normalization of ties with Israel.

TEHRAN (FNA)- Germany is facing a "very serious" rise in COVID-19 cases, but it is still possible to slow the spread of infection, the public health institute announced, as Berlin has issued new travel warnings for four European states.
﻿
﻿
Sections